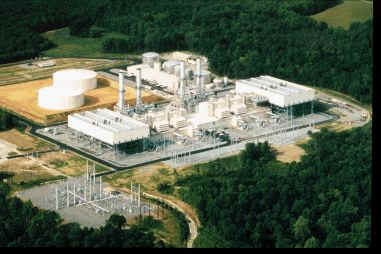 PJM Interconnection on Sept. 9 filed with the Federal Energy Regulatory Commission an executed Interconnection Service Agreement with Doswell II LLC and interconnecting transmission owner Virginia Electric and Power for Queue #AA1-145, which is a 340 MW addition to an existing power plant.

PJM also filed a notice of cancellation for an Interim Interconnection Service Agreement for the project from earlier this year. The Doswell ISA facilitates the interconnection of the Doswell SC Units 2 and 3 to the PJM system. This is a simple cycle gas turbine generating facility to be located in Ashland, Hanover County, Virginia, with a Maximum Facility Output of 340 MW. It will be made up of two General Electric 7FA simple cycle gas turbines.

On or before July 1, 2018, Doswell II under the ISA must demonstrate commercial operation of both generating units.

In other recent news for this project:

“-The Virginia Department of Environmental Quality is taking comment until Sept. 13 on a draft prevention of significant deterioration permit that would allow Doswell to add these two combustion turbines. The Doswell Energy Center is currently composed of four Kraftwerk Union/Siemens (Model: V84.2) combined cycle turbine units and one simple cycle turbine unit. The combined cycle turbines were permitted in 1990. The 190.5 MW simple cycle combustion turbine was added in a separate permit in 2000.

“-On June 1, the Virginia State Corporation Commission approved a Doswell application for this project. The additional turbines would be capable of firing both natural gas and ultra-low sulfur diesel and would provide on-demand, peaking generation. Doswell told the commission it expects the project to begin commercial operation in March 2018.