PNM Resources’ New Mexico utility, PNM, said it was pleased by a decision of the New Mexico Environmental Improvement Board that could help San Juan Generating Station comply with federal environmental rules.

The state board unanimously approved a proposal from the N.M. Environment Department that would lead to the retirement of two of San Juan’s four coal-fired units by the end of 2017, and the installation of nitrogen-oxide reducing technology on the remaining two units in early 2016. 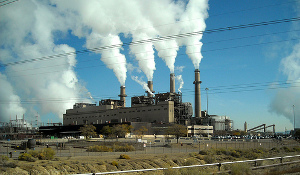 The plan still requires approval from the U.S. Environmental Protection Agency (EPA) before it becomes final. That process is expected to take about a year, according to PNM.

PNM currently is required to comply with a costly federal plan that would require installation of more expensive technology on all four units. While there is a cost associated with implementing the state plan, it will cost customers less than the federal plan. In addition, the state plan reduces seven different power plant pollutants, compared to the one reduction addressed by the federal plan, according to PNM.