Rising 40 feet or more above the edges of cliffs or the swampy surfaces of marshlands, many utility poles stand in virtually inaccessible areas. Yet they are vital arteries carrying electricity to thousands of businesses and residences. If one goes down, it can be a major problem.

To combat that scenario, utility companies regularly inspect poles for damage or decay and closely check the hardware for corrosion, abrasions, or signs of malfunction. When inspections are conducted in wilderness areas, they are often done by helicopter, costing more than $1,500 per hour to operate. In urban areas, inspections usually require a crew in a bucket truck to individually inspect each pole, which is time-consuming, labor-intensive work in potentially dangerous conditions.

But companies such as Puget Sound Energy are testing a third option: drones.

Puget Sound Energy (PSE) is a major public utility headquartered in Bellevue, Washington. As the largest public utility in Washington state, it supplies approximately 1.1 million customers with electricity and 790,000 homes and businesses with natural gas, including industry giants such as Boeing, Microsoft, and Amazon.

In short, if the power goes out, it’s a big deal affecting a lot of people and mega companies.

Maintaining a service area of 6,000 square miles is no small feat. The terrain includes mountains, coastland, forests, cities, and rivers. Stretched across that terrain are thousands of miles of power lines which must be rigorously inspected and maintained. And if a line does go down, it needs to be repaired as quickly as possible.

Unmanned aircraft systems (UAS, the technical term for drones) provide a portable platform for a host of sensors that can capture everything from super-high definition video footage to infrared imaging and 3D mapping. As aerial inspections gained traction across the public utilities industry, PSE began experimenting and innovating with drones to see what kind of benefits they might find.

PSE isn’t alone. A new report from commercial drone software company Skyward and independent firm Blue Research found that 10 percent of companies with $50 million or more in annual revenue are using drones today, and 19 percent have plans to use them in the future.

David Tyler, Manager of IT Telecommunications at Puget Sound Energy, oversees the company’s UAS operations. Since joining PSE’s drone innovation program when it began in 2016, Tyler has seen drones grow from an experimental project to a tool with powerful potential. Though managing drones is just a small part of his job, he sees great value in their current and future uses.

“Initially, drones were just kind of fun,” said Tyler. “Then they were a cheap, quiet way to deploy a payload. Then they became an intelligent vehicle that’s able to do some amazing feats. Today, in some cases they’re even a replacement for commercial aircraft.”

A utility pole top and hardware inspection isn’t a glamorous job for a commercial drone, but when it comes to replacing a common task that demands significant time and labor, it’s hard to beat pole inspections. The typical process isn’t always the most efficient: First, a crew of workers are dispatched with a bucket truck to the site. Then a lineman is lifted high enough to survey the condition of the pole from the top down and assess all the electrical hardware. The lineman is then lowered, the bucket truck is moved to the next pole, and the process is repeated.

This works well enough in residential areas with paved streets and easily accessible poles—although it may be necessary to divert traffic or close roads, and inspecting poles along railroads may block tracks and delay trains. Rural transmission lines, on the other hand, may not be so easy to access. Many are located off-road, even in forested areas or delicate wetlands. Since a bucket truck may not be able approach the pole, a crew may need to hike out to the pole and climb it. According to OSHA standards, a worker may not climb a pole if any sign of decay or damage is present, so the team may not even be able to inspect the hardware upon arrival.

This entire process can, in some cases, be replaced by PSE’s drones. A team of just three employees—a pilot, a camera operator, and a safety watch—deploys to an area within sight of the pole. They launch the drone from an open space, fly to the pole, and search for any signs of damage, rot, or vegetation growth. After gathering all the information they need, the drone returns to the crew without ever touching sensitive ground.

“It’s incredibly efficient because you just deal with a small crew,” said Tyler. “You can hit several different sites in different environments and never really impact that ecosystem.”

The data and images are immediately sent back to headquarters, where they are processed by specialists who never had to leave the office. No working among live wires. No one suspended high off the ground. No environmental footprint.

Tyler notes that drones have proven to be well-suited for such tasks. “We did pole top and pole hardware inspections in sensitive wetland areas where it’s marshy,” said Tyler. “It can be a complex operation—you don’t want to drive any kind of vehicles through there because it’s environmentally sensitive, and you don’t want to canoe out there and climb the structures, either.” A drone avoids major inconveniences and prevents ecological contamination.

PSE’s other option is to send out a helicopter. But Tyler noted that manned aviation comes with a high price tag, especially if there are only a few pole tops to be inspected. In many cases, a drone can complete an inspection for a small fraction of the price of sending out a larger aircraft.

PSE is finding that drones bring gains in money, safety, and efficiency. Drones reduce the need for climbers, trucks, and traffic changes, and they keep crews away from electrical hazards. But in most scenarios, the largest benefit has been reductions in time spent on site.

“Drones have provided significant savings for us in restoration time, especially for areas that were difficult to reach,” said Tyler. “It’s a lot faster than deploying a crew to go out and close the roads, ready the bucket truck, and do the mission. There were a few situations where the poles were in tight areas where the crews would have to hike in. With a regular crew, we would have had to make some provisions for parking vehicles, get right-of-way access, and possibly close roads. With the drone it was really easy to assess the situation. We found a safe launch area, avoided exhausting the crew, captured the information, and passed it on to the respective teams.”

Utility pole inspections aren’t the only use for drones at PSE. Tyler and his team have also experimented with damage assessment in areas where weather or other conditions made an area inaccessible. Drones quickly provided an aerial perspective of the situation. Though PSE has not yet used drones to assess damage in a real-time scenario, they’ve demonstrated the value drones can bring in an emergency.

“In the few cases that we tried it, the roads were washed out or they were iced over, or the conditions didn’t allow a vehicle to get in there to figure out what was going on with that particular asset,” Tyler said. “The beauty of using drones was that we just flew down that corridor, and we could pretty much pick up everything we needed and get out of there without ever putting anybody on a road with downed trees, close to a mudslide, near a train track, or on the edge of a river or rocky peak.”

PSE’s drone initiative is still developing. It was first founded in 2016 by drone enthusiast Mitch Droz, who pitched the concept of integrating UAS to a company-sponsored innovation program. The program’s goal is to support employee ideas that have potential to cut down on outages and speed up restoration times. Droz’s proposal was considered promising and viable, so the company approved it.

This experimental drone initiative found early success inspecting power generation sites such as dams. However, these uses only took place once a year or less—they weren’t enough to successfully sustain long-term operations. So the team began looking for repeatable uses which could bring major savings, as is the case with utility pole inspections.

Droz brought Tyler onboard because of his extensive aviation experience with a wide variety of aircraft. He wanted to ensure their flights met Federal Aviation Administration (FAA) rules and regulations for commercial drone operations. Tyler worked directly with FAA advisors to develop strong standards which would significantly reduce the risk of any kind of incident occurring on the job.

“I got pulled in, not so much to fly the drones, but to create a cooperation between the FAA and the company, to make sure we were doing everything within the boundaries of what they would allow,” Tyler said. “The goal was to develop a BVLOS (Beyond Visual Line of Sight) program and combine the drones into the aviation program that already included helicopters and aircraft.”

Now that Droz has moved on to another company, PSE’s drone initiative falls under Tyler’s supervision. Currently, Tyler wants to continue developing a strong in-house operation rather than outsourcing. “Right now it’s really convenient because we don’t have to wait or call someone else in to respond to an event,” Tyler said. “We’re easily deployable 24/7. We can be anywhere within our service area in a really short amount of time, and we can be there until the work’s done.”

But unmanned aircraft systems really are only a small part of Tyler’s job. His larger goal is to integrate the drone initiative into the rest of PSE’s aerial operations. That means placing drones, helicopters, and fixed-wing aircraft under one department so the right aircraft can be deployed in any given situation.

“I’m inventing and redrawing the lines on what we use for doing inspections and how we assign the different tasks to different aircraft,” said Tyler. “It’s a Swiss Army knife approach to getting things done.”

If someone needs fifteen pole tops inspected in a problem area, Tyler said, the drone team will deploy with a multirotor or fixed-wing drone. If it’s a hundred pole tops, it will probably require a helicopter, which will deploy from the same department.If it’s a thousand miles of transmission lines, it will be a fixed-wing airplane with specialized equipment. The unification of the various types of aircraft under one aviation inspection program will promote further efficiency and cooperation in the company, as well as allowing any combination of aerial vehicles to be used on a given project.

“We don’t always have to go for the fully equipped helicopter for $30,000 a day,” Tyler said. “We can survey for vegetation with an aircraft and follow up with a helicopter, drone, or ground crew. It gives us the option of hundreds of miles a day or a few pole spans.”

Drones are a key tool in the future of inspections and data collection at PSE. The end goal, Tyler explained, is summed up in a simple catch phrase: “Keep the lights on!” 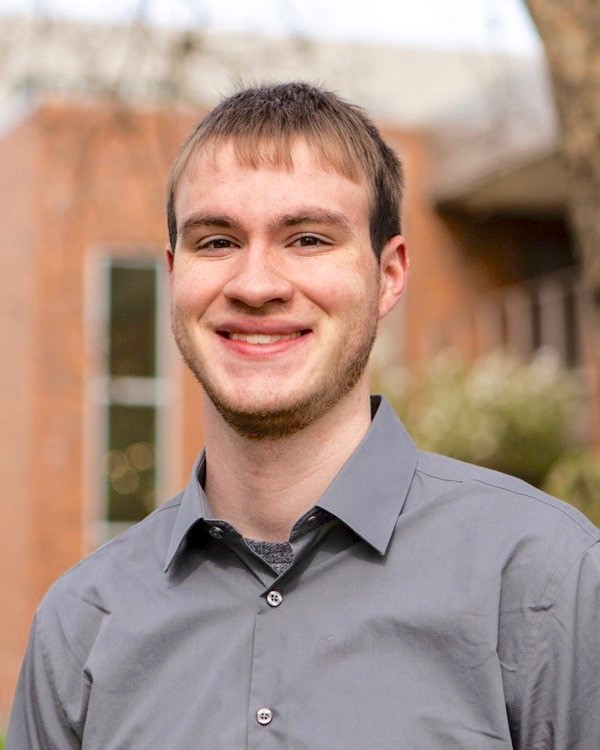 About the author: Isaac Bruns is a freelance journalist and tech enthusiast from Portland, Oregon. He is a recent graduate of George Fox University.