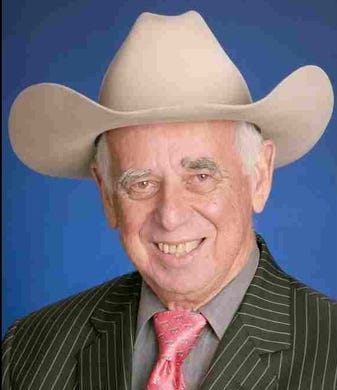 S. David Freeman passed away at 94 on May 13, 2020. He was a giant in the clean energy field with a stellar career over 50 years. I spoke with Dave routinely every few months. I began working with him in the mid-1970’s when I worked in the US Senate.

Freeman was on the vanguard of renewable energy, a fighter, advocate — and definitely thought ‘outside the box’. As a Jewish engineer and lawyer from Tennessee he rose to the highest ranks of government service and electric utility leadership.  He was a chairman of the Tennessee Valley Authority (TVA) from 1977-1984, and left his mark by emphasizing renewable energy and retiring TVA’s nuclear power plants.

Freeman had a hand in creating auto efficiency (CAFàƒâ€°) standards when he was on the Senate Commerce Committee. He was a confidante to President Carter’s staff in setting up the US Department of Energy and establishing the energy efficiency and renewable energy RD&D programs.

He served as President of three public utilities including the Sacramento Municipal Utility District (SMUD), the Los Angeles Department of Water and Power from 1997 to 2001, and the New York Power Authority and established early utility energy efficiency and renewable energy programs.

He had a colorful life well lived, and most recently helped negotiate the closure of PG&E’s Palos Verde nuclear power plant”Dave was in his 90s but unstoppable.  He wore his signature cowboy hat and cowboy boots, and was an avid public speaker, networker, and thought leader.  A seminal giant in the start of the clean energy movement, who we all owe respect to his leadership.