The U.S. fleet of nuclear power plants is inadequately protected against the threat of terrorist attacks, which could include sabotage or the theft of nuclear fuel or waste, according to a study by the Nuclear Proliferation Prevention Project (NPPP) at the LBJ School of Public Affairs at the University of Texas.

Conducted at the request of the Department of Defense, the study examined the security status of the country’s 104 commercial nuclear power reactors and three civilian research reactors. 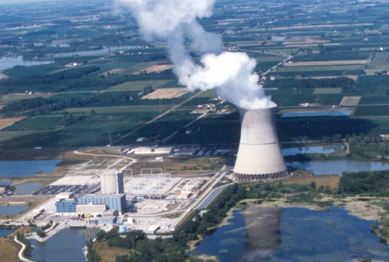 The Nuclear Regulatory Commission (NRC), the Department of Energy (DOE) and the DOD are tasked with analyzing potential threats to the physical security of every nuclear facility in the U.S. According to the report, threat scenarios have been revised since the terrorist attacks of Sept. 11, 2001, but the scenarios only account for an assault by a group of 5-6 attackers.

Threat scenarios should also take into account attacks by water on coastal nuclear facilities, as well as inside sabotage jobs by people who have gained access to nuclear facilities. The report also alleges inadequate contingency plans for infiltrations with the goal of capturing bomb-grade nuclear fuel or triggering a nuclear meltdown.

The report also calls for the federal government to fully fund any efforts to heighten security at nuclear facilities that utility companies are unable to cover the costs of themselves.