Wellinghoff will remain in his position until a replacement is named and approved by the Senate.

A California native and ex-Nevada regulator, Wellinghoff has led FERC since January 20, 2009. He is FERC’s 13th chairman. 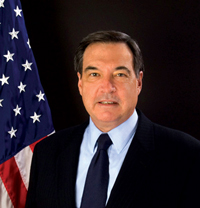 “Chairman Wellinghoff is a pioneer and strong champion of change overseeing the U.S. electric grid. He respected the role of states, utilities, and various other stakeholders while challenging all of the players to consider new ways of opening the grid to expansion and innovation. He deserves a lot of credit for the much-needed transmission infrastructure expansion that is taking place around the country.”