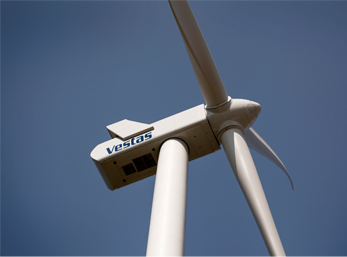 RES Americas is the developer and engineering, procurement, and construction (EPC) contractor of the Border Winds Project. The company purchased the partially developed project from Sequoia Energy in August 2013 and, upon completion, will transfer ownership of Border Winds to Xcel Energy, which will own and operate the project.

Located near the U.S./Canada border, the 150 MW project is comprised of 75 V100-2 MW Vestas turbines. Construction of Border Winds is expected to begin in June 2014 with completion in October 2015. The project is expected to employ up to 300 workers during peak construction.

Xcel Energy estimates that Border Winds will reduce customer costs by nearly $45 million over the project’s life and avoid about 320,000 tons of carbon dioxide emissions annually.

The Vestas V100-2.0 MW turbine, launched in 2013, generates about 13 percent more energy than earlier models at medium wind speeds. It is expected that the cost of energy generated by the project will be competitive with or below wholesale power prices in the region.

RES Americas currently has more than 770 MW of wind and solar power under construction in the U.S. and Canada. The company recently completed construction on Canada’s largest wind farm, the 270 MW South Kent Wind Project in Ontario, and Texas’ largest solar PV project, the 41 MW Alamo 1 facility in San Antonio.