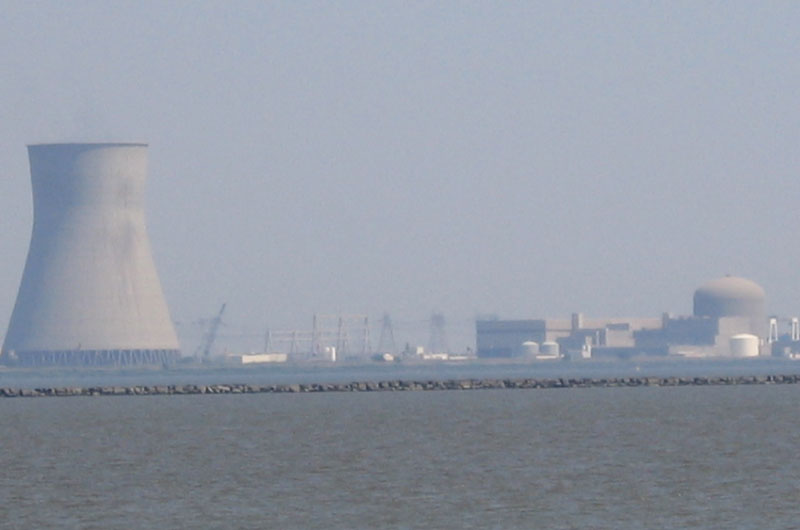 Public Service Enterprise Group now has both of its pressurized water reactors at the Salem nuclear station in New Jersey offline following an unplanned outage at Unit 2 on June 28.

Salem Units 2 and 1 were both listed at zero generation early June 29, according to Nuclear Regulatory Commission (NRC) data. Salem Unit 1 has been offline since April 14 for a refueling outage, which was extended to address concerns with “baffle bolts,” said a PSEG spokesperson.

The outages mean that PSEG now has more than 2,200 MW of nuclear generating capacity offline during a New Jersey summer.

As for Salem Unit 2, it suffered an unplanned automatic reactor trip and subsequent automatic auxiliary feedwater system actuation. “The trip was initiated due to a Main Turbine Trip above P-9 (49 percent power). The Main Turbine trip was caused by a Main Generator Protection signal,” according to an NRC event report.

PSEG spokesperson Joseph Delmar said PSEG inspections during the Unit 1 refueling outage turned up some issues that the company wanted to address.

“Based on the results of a pre-planned contingency inspection, we extended its refueling outage to make additional repairs,” Delmar said in an email to GenerationHub.

“As a merchant generator, PSEG Nuclear does not discuss outage durations nor will we discuss the length of this outage’s extension,” Delmar noted.

“However, the plant will not return to service until repairs have been completed,” Delmar said.

A visual inspection of the reactor core is conducted each refueling outage. Based on recent operating experience at the Entergy Indian Point station in New York this spring, there was increased significance for this specific inspection, the spokesperson said.