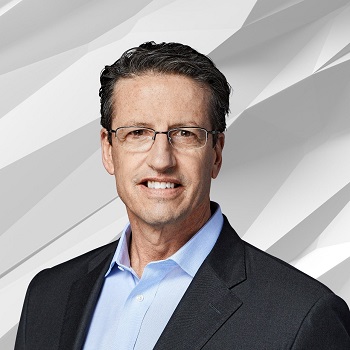 Greg Scheu, who has headed ABB’s electrification business in the U.S. for the past seven years, will retire later this year.

ABB announced that Maryrose Sylvester has been appointed as country managing director and head of electrification for the U.S., effective Aug. 1. She will succeed Scheu, who will stay on with the company until his retirement on Oct. 31.

“On behalf of the Board of Directors and the Executive Committee, I would like to thank Greg Scheu for his many years of committed service to ABB in numerous leadership roles, and especially for his strong contributions as Region President Americas, US Country Managing Director, and head of Group service and business integration,” ABB Chairman and CEO Peter Voser said in a statement. “Under his direction, ABB has significantly strengthened its market presence in North America and positioned itself as a digital technology leader among key customer groups. We wish him every success in his future endeavors.”

Sylvester was most recently President & CEO of “Current, powered by GE”, a GE startup business that was acquired in April by New York-based private equity firm American Industrial Partners. Having spent her career at GE, she held several executive-level positions, including President & CEO of GE Lighting, of GE Intelligent Platforms/GE FANUC, which was GE’s longest-running joint venture with a Japanese company, and of GE Quartz.

“Maryrose Sylvester brings extensive experience of managing and transforming industrial businesses and of applying digital technologies in industry,” Voser added. “Her proven track record at GE makes her an ideal candidate to run our Electrification business in the US and to be our CMD for the US.”

Sylvester is a board member of Harley-Davidson and a member of the board of governors of the National Electrical Manufacturers Association. She also sat on GE’s Corporate Executive Council, Commercial Council and was a member and co-founder of GE’s Women’s Network.

Scheu joined ABB in 2001 and held a variety of management positions. He oversaw the company’s acquisition of Thomas & Betts, as well as the integration of Baldor Electric Co. He started his career in 1983 with Westinghouse Electric.

Scheu was one of the keynote speakers at last year’s POWERGEN International conference and exhibition in Orlando. He echoed the theme of several speakers in how the power generation sector was changing quickly with the digital transformation, renewables integration and workforce challenges, among other things.

“The pace we see today is probably the slowest pace we’ll see for the rest of our careers,” Scheu told the POWERGEN keynote crowd. “Five to six years ago I would say a lot of executives were hoping they could retire before (the digital revolution) happens. Today you see leaders running toward it.”

Late last year, ABB announced that it was selling its power grid division to Hitachi Ltd for about $6.4 billion.