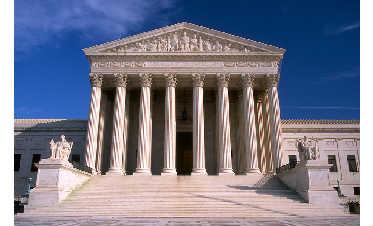 Coal and some electric utility interests have argued that the Mercury and Toxics Standards (MATS) improperly impose expensive air emissions controls with little real benefit. Key industry parties in the case include the Utility Air Regulatory Group as well as the National Mining Association.

Before EPA regulates hazardous air pollutants from electric utilities, it must first conduct a study of the hazards to public health resulting from those emissions even after imposition of all the other requirements of the Clean Air Act, and then decide whether it is “appropriate and necessary” to regulate such residual emissions under § 7412, according to the Supreme Court web site.

The question for the Supreme Court is: whether EPA’s interpretation of “appropriate” in 42 U.S.C. § 7412(n)(1)(A) is unreasonable because it refused to consider a key factor (costs) when determining whether it is appropriate to regulate hazardous air pollutants emitted by electric utilities.

The case, No. 14-46 Michigan versus EPA, comes to the high court from the U.S. Court of Appeals for the District of Columbia Circuit. The U.S. Supreme Court agreed to hear the dispute in November. It was consolidated with another related case and scheduled for one hour of oral argument before the Justices.

Transcripts of the oral argument are expected to be posted on the Supreme Court website by the end of the day.