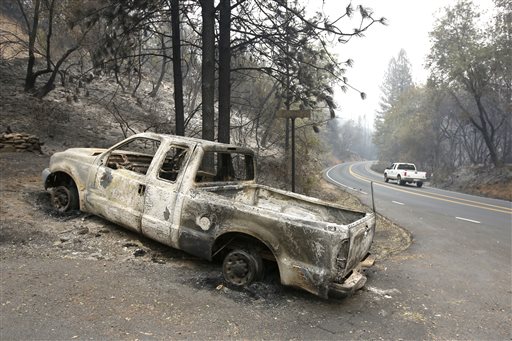 San Diego Gas & Electric asked the California Public Utilities Commission (CPUC) for approval to recover in rates the remaining costs to settle the 2,500 lawsuits related to the 2007 wildfires.

SDG&E initially faced $4 billion in claims arising from the fires, but the company made a decision to settle as many cases as possible to reduce the overall customer cost impact. Settlement costs amounted to $2.4 billion, the majority of which was covered by SDG&E’s liability insurance and recoveries from third parties.

SDG&E proposes its shareholders pay 10 percent or $42 million. If approved, the utility proposes to spread out the remaining $379 million over six years, which would result in a monthly bill impact of less than $1.70 for a typical residential customer using 500 kWh of electricity per month.

“We have gone to great lengths to minimize the impact to our customers by successfully settling these lawsuits rather than taking them to trial, which would have been significantly more costly,” said Lee Schavrien, chief administrative officer for SDG&E. “We are in the final stages of this proceeding, and after eight years, we believe that, as a company, a community and a region, we are much better prepared for a future fire emergency.”

Since 2007, SDG&E has taken significant steps to enhance operational and system safety and improve overall situational awareness to reduce the potential for utility facilities to be an ignition source. A key step was the installation of more than 170 weather stations throughout its service territory.

Every circuit that serves the high-risk “fire threat zone” in the back country has at least one weather station that provides wind speed, direction, temperature and humidity every 10 minutes—critical information needed to evaluate the possible impact of weather on system operations. All of this data is available to the National Weather Service, fire agencies and the general public.

In 2008, when deciding where to install the first of its new weather monitors, SDG&E looked for areas with strong wind activity. As a result, one was placed in west Santa Ysabel, which is one of the windiest spots in the back country and close to the ignition site of the Witch fire.

A final CPUC decision is expected in the first quarter of 2017. Customers would not see any bill impact before then.

By law, SDG&E is required to serve all customers in its service territory without exception, regardless of where they live and California courts have found that utilities like SDG&E are automatically responsible for damage linked to their equipment, regardless of fault or negligence, even where the utility equipment is only one of several concurrent causes. Many factors outside of SDG&E’s control—most notably the Santa Ana winds—played a major role in the ignition and spread of the 2007 wildfires.

Regulators historically have said that costs reasonably incurred by a utility in fulfilling its obligation to serve all customers can be recovered in rates.