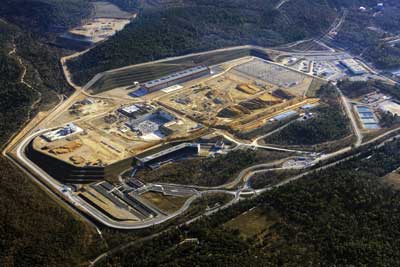 Dr. Jeff Quintenz, Senior Vice President of General Atomics’ Energy Group, issued the following statement on Energy Secretary Ernest Moniz‘s report recommended continued U.S. support for ITER, the world’s largest magnetic fusion device designed to prove the feasibility of fusion power as a large-scale and carbon-free source of energy based on the same principle that powers our sun and stars:

“General Atomics applauds Secretary Moniz’s recommendation to continue U. S. support for ITER in today’s report. We are proud to be participants in this major international project whose goal is to demonstrate that nuclear fusion can be harnessed to provide a near limitless, safe source of clean energy for our world. The success of this important project requires continued U. S. support and the technical contributions of some of our best scientists and engineers.

Secretary Moniz’s report highlighted the progress made recently at ITER and emphasized that ITER remains our best option for demonstrating sustained burning plasma, which, as he states, is ‘a necessary precursor to demonstrating fusion energy power.'”

General Atomics is involved in the building of several components for ITER. The central solenoid, the super-magnet at the core of the ITER device, is currently being fabricated at our facility in Poway, CA. When completed, it will be among the most powerful magnets ever built with each of its six modules capable of containing the equivalent energy of 1,000 cars racing 100 MPH. Each module is seven feet tall and 14 feet in diameter made from four miles of superconducting cable.

General Atomics is also participating in other areas of ITER’s development including the design, development and manufacturing of several diagnostics to measure important parameters of the ITER plasma. In addition to these manufacturing efforts, General Atomics operates DIII-D, the largest magnetic fusion experiment in the U.S. to validate the scientific and technical basis for ITER. General Atomics’ work on DIII-D, and on pursuing the success of ITER, makes it an industry leader in fusion energy.