As a member of the Senate Energy and Natural Resources Committee, U.S. Senator Joe Manchin (D-W.Va.) issued the following statement on how he plans to vote on Ron Binz’s nomination to become chairman of the Federal Energy Regulatory Commission (FERC).

“As we look to America’s energy future, it is imperative that we establish a domestic, all-of-the-above energy approach that strikes a balance between our economy and our environment. Currently, the lack of a level playing field in America’s energy policies has forced us to become reliant on foreign countries to meet our energy needs. This has only lead to unwanted wars that have cost thousands of lives and billions of dollars, and resulted in increased prices and uncertainty in our energy sector. 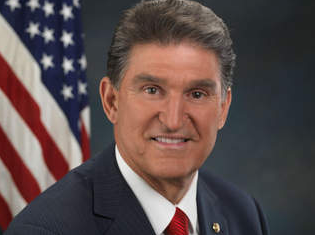 “After questioning Mr. Binz in yesterday’s Energy Committee hearing, it is clear that we have completely different views on how to effectively invest in America’s energy future — a future that I believe relies on clean, reliable and affordable energy. Based on Mr. Binz’s record in Colorado, I have grave concerns about how he would regulate our energy sector as the next chairman of the Federal Energy Regulatory Commission. Mr. Binz’s actions prove that he prioritizes renewables over reliability. His approach of demonizing coal and gas has increased electricity costs for consumers. I believe Mr. Binz’s record is unacceptable for a FERC chairman.

“As a former executive, I truly believe that the president should have the utmost discretion when assembling his team; however, after my conversations with Mr. Binz, I respectfully cannot support his appointment as FERC chairman. I believe that his leadership will threaten the reliability of our electrical grid, irreparably damage the coal industry, cost jobs and impose higher energy costs for hardworking Americans.”