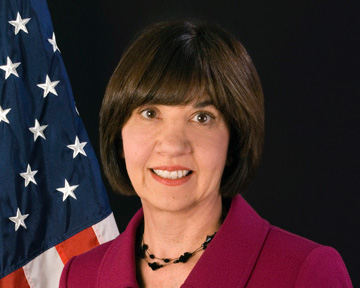 The U.S. Senate Committee on Energy & Natural Resources on June 18 voted in favor of the nominations to FERC of Norman Bay and Acting FERC Chair Cheryl LaFleur.

“[T]he nomination of Norman Bay to be a member of the Federal Energy Regulatory Commission was voted out of committee today 13 to 9,” Whitney Potter, communications director for the office of Sen. Martin Heinrich (D-N.M), told TransmissionHub on June 18. “His [nomination] will move forward for a final Senate confirmation vote at a later date.”

A committee spokesperson told TransmissionHub that the committee voted 21-1 in favor of LaFleur’s nomination.

Heinrich said he believes Bay will be an outstanding member of FERC.

“Mr. Bay’s extensive experience will help address our energy challenges in New Mexico and across the country,” he said. “I am very confident he will judiciously implement the laws focused on FERC’s statutory responsibilities of energy infrastructure, competitive markets and reliability.”

Heinrich, who has been an active supporter of the proposed SunZia transmission project, sits on the Senate Energy and Natural Resources Committee.

He also noted that Bay has received strong bipartisan support, including the backing of former Sens. Pete Domenici and Jeff Bingaman, adding, “His nomination should not get caught up in politics that have nothing to do with his qualifications for this important post.”

Bay, who was the U.S. Attorney for the District of New Mexico and a law professor at the University of New Mexico, received the praise of Heinrich.

“Norman Bay is an admired public servant with outstanding credentials to lead the FERC [and] ” I am confident about his ability to serve with great distinction as chair,” Heinrich said earlier this year, adding, “Energy is at the heart of almost every issue across the country.”