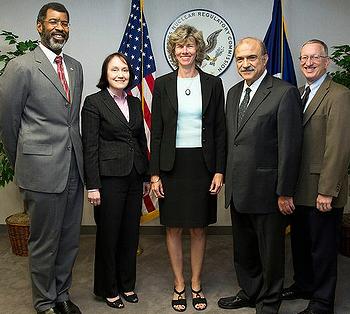 Barrasso, a member of the Senate Environment and Public Works Committee, said during a committee hearing on NRC that Commissioner George Apostolakis is currently scheduled to see his term expire June 30.

So far the Obama administration has neither re-nominated Apostolakis for a new term nor nominated someone else to replace Apostolakis on the five-member panel, according to GenerationHub.

While Barrasso did not mention it, NRC will already be facing at least one vacancy in the near future. Commissioner William Magwood IV announced earlier this year that he will resign from the commission to become director general of the Paris-based Organization for Economic Co-Operation and Development (OECD) Nuclear Energy Agency. Magwood’s current term was not scheduled to expire until June 30, 2015.