Microgrids are experiencing a surge of well-deserved attention as the new best practice for modern energy management. With the ability to enable more functional, sustainable energy on both the local and the global scale, these small, independent energy ecosystems are receiving attention for their ability to manage energy generation, storage, and distribution within their own frameworks and as part of a holistic, grid-scale energy architecture.

Similar to the evolution of the internet and telecommunications industries, microgrids allow electric utilities to become interconnected, resilient and capable of functioning  independently.

Microgrids are comprised of a localized group of energy resources, oftentimes from distributed generators, batteries, and renewable resources like solar panels. They have the ability to act independently within their own energy ecosystem—what we call island mode—and in grid connected mode, bringing and managing energy back and forth from utilities’ services—the macrogrid.  Most present-day deployment of microgrids contain only two components—solar panels and a battery system. Since these systems do not contain extensive numbers of distributed energy resources (DERs) and DER types, they remain simplistic and utilitarian, relegated to providing specific grid-connected ancillary services, or grid-backup resiliency solutions.

Advanced microgrids, presently in the proof of concept phase, are designed and built to deal with a myriad of both number of DERs, as well as many different DER types. These microgrids are currently entering a phase where the complexity and flexibility of control systems need to match the complexity and diversity of the microgrids they control. With protection and management efficiently in place, microgrids are quickly becoming complex power systems with energy stemming from multiple sources, stored in various ways and distributed at different times for different purposes.

Microgrids are already a pivotal part of the sustainability movement but are still thought of as the rising upstarts in the energy world challenging to up-seat the incumbent utility-scale paradigm. Is it true that microgrids contest the macroscale power grid industry? How in fact will microgrids overcome the conditional limitations they pose and continue to push the energy revolution forward?

Truthfully, the rise of the microgrid has been very much supported by the utility infrastructure from the top-down, just as much as it is a grass roots, bottom-up effort.

Supporting, controlling and protecting microgrids has been a major challenge in creating consistent infrastructure and management, thus slowing the shift away from singular, macro-scale power grids.

Today, U.S. grids are characterized by a relatively small number of large power plants, long wires and consumption. On top of this structure are large, centralized control systems— traditionally called a “Ëœsilo’. To manage these larger structures, utilities would once go out and buy the entire control system and substation equipment from the same vendor, ensuring interoperability and compliance. This has changed radically over the last 18 years, as the power industry has become more of a multi-vendor world. Utilities are no longer buying singular systems from a single vendor. They’re buying best-in-breed technology from a variety of vendors that each produce an individual piece of the puzzle.

Additionally, we are seeing an explosion in the number of “power plants”, now including the thousands of solar, wind, and other renewable energy generation systems coming on line. This diverse mixing of smart devices and systems now require distributed intelligence software capable working in a hierarchical fashion to successfully control multiple levels with a variety of inputs. They form a “nervous system” of energy management, controlling the new microgrid-centric electrical distribution system.

While the usage of microgrids is building out quickly on a macro scale thanks to these increasing utility needs, it’s also happening simultaneously on the smaller scale, driving further innovation. When natural disasters strike, or in the case of bringing electricity to emerging parts of the developing world, we’re building microgrids to help strengthen existing energy infrastructures, and in some cases creating new ones in places where energy resources were lacking altogether.

Since microgrids are a self-contained entity, the cost to build and implement them is significantly lower than a traditional macrogrid. This has allowed communities in the developing world access to power without major economic repercussions.

After the 2017 hurricane in Puerto Rico, power plants and electrical wires were destroyed, leaving a large percentage of the country without power for likely a year or more. If the Puerto Rican energy system is rebuilt with a series of microgrids, when the next hurricane hits, more communities will still have continuous access to power, as opposed to reliance on a single failed macrogrid. The same can be said for other countries around the world that face frequent natural disasters.

A Model for Sustainability

The future of microgrids must partly be defined by their potential for modern use. This ultimately falls into two categories – those who are solely seeking profit from selling and providing grid-connect services, and those who desire a more sustainable, resilient resource.

The addition of renewables onto the grid is happening at lightning speed, and is no longer as simplistic as just a combination of solar panels and batteries.  Hosts of new technologies, from tidal energy generation and geothermal, to hydrogen storage, flow batteries,  and other systems are debuting, each with certain advantages in particular environments.  Being able to host and manage this mixture, and call upon each use on demand, becomes not only a smart way to manage power, but a responsible service in supporting the larger ability for businesses and communities to shift to more renewable options.

In most states, especially California, power usage profiles are changing due to demographic and lifestyle, with more energy being used during evening hours. Microgrids help fulfill this demand for an increase in power usage in residential areas by creating an environment capable of hosting renewable energy generation, storage and usage in one smaller, localized area – meaning easier access to sustainable power combined with managing and reducing consumption.

Microgrids in the Future

For years, the need for electricity has been more important than protecting our planet. Now, as we see the consequences of climate change affect our daily lives, we must act with a greater sense of urgency.

We believe that microgrids can help to reposition energy for the coming century.  When energy becomes decentralized and democratized, clean and abundant, and able to be generated from anywhere, transformation happens.

Rather than acting from a position of scarcity, we see a future of abundance. In doing so, we allow all people, around the world, to have the freedom of energy to power a better and more connected world. 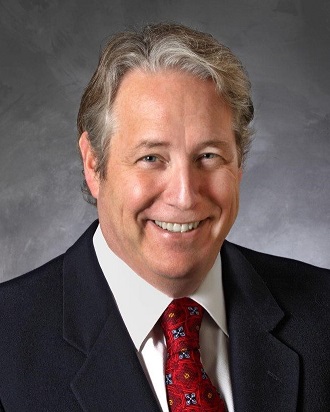 About the author: Doug Campbell is CEO of DC Systems. He was an early developer of real time SCADA who saw the potential for a distributed intelligence framework within energy and microgrid applications . His software is now used by utility companies, large energy users, and power generators in North America, South America and New Zealand.