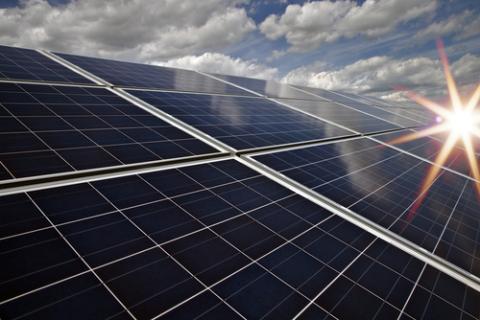 SunPower Corp. expects to start construction in June 2016 on a 10 MW (DC) photovoltaic solar power plant that is expected to generate up to 18,000 MWh per year for the Redstone Arsenal U.S. Army post in Alabama.

SunPower is delivering the energy from the plant under a power purchase agreement, allowing the Army to buy 100 percent of the power generated by the plant and avoid the costs of power plant construction, maintenance and operation.

“This represents a continuation of the Army’s deployment of renewable energy at installations across the country. It is symbolic of the changing dynamics of energy produced in the United States, especially in the Southeast,” said Richard Kidd, deputy assistant secretary of the Army (Energy and Sustainability). “The project substantially increases the amount of installed solar power in Alabama at no additional cost to consumers. It is also testament to what the Army can accomplish by working with industry stakeholders such as SunPower, local officials, and other partners such as the U.S Army Corps of Engineers and Redstone Arsenal.”

“Every renewable energy project we implement brings our Army closer to its energy goals and further strengthens our energy security,” said former Col. Robert Ruch, Huntsville Center commander. “Under this agreement, we are benefitting from cost-competitive, reliable solar power without the upfront costs of asset ownership.”

The project, developed by Redstone Arsenal’s Directorate of Public Works, the U.S. Army Office of Energy Initiatives and the U.S. Army Corps of Engineers – Huntsville Center’s Energy Division, is the first power purchase agreement project solicited through a renewable and alternative energy Multiple Award Task Order Contract awarded by Huntsville Center. It will involve a 27-year Renewable Energy Services Agreement and lease with SunPower, which has designed the project, and will construct, operate and maintain it.

Under the power purchase agreement, SunPower will deliver about 18,000 MWh of electricity to the Army annually. All electricity generated by the plant will be purchased at a cost equal to or less than Redstone Arsenal’s current and projected utility rates. The solar system is also being designed as micro-grid ready so it may be connected to a future microgrid and thereby contribute to the overall energy security of the installation.

SunPower designed and is installing a SunPower Oasis Power Plant system at the site. The Oasis system is a fully-integrated, modular solar power block that is engineered for rapid and cost-effective deployment of utility-scale solar projects while optimizing land use. The technology includes robotic solar panel cleaning capability that uses 75 percent less water than traditional cleaning methods and can help improve system performance by up to 15 percent.

SunPower calculates the annual output from the power plant will be equal to the electricity needed to power approximately 5,400 electric vehicles. The plant is expected to offset the equivalent amount of annual carbon emissions as 10,000 acres of U.S. forests can neutralize in one year, according to estimates provided by the U.S. Environmental Protection Agency.

The U.S. Army has a goal to derive 25 percent of total energy consumed from renewable sources by 2025, as well as a commitment to deploy one gigawatt of renewable energy on Army installations by 2025.

SunPower has installed more than 100 MW of solar power at 33 federal government project sites, including some of the largest operating solar power plants on U.S. military installations. Operational projects include more than 28 MW at Nellis Air Force Base in Nevada and 13.78 megawatts at Naval Air Weapons Station China Lake in California.