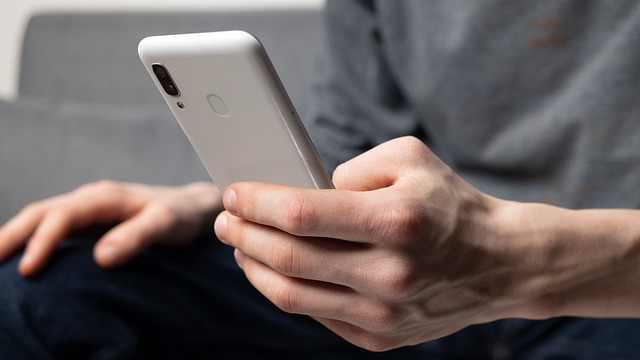 Social media and gaming play an important role in bringing people together and enhancing relationships. Online games have exploded in popularity, social media has become integral to everyday life, and voice controlled smart homes are now commonplace. Smartphone apps and websites award points for everyday living, from walking to sleeping. The online world is dominated by “likes,” “review,” “ratings,” “levels,” “views,” and “shares,” used to indicate a level of awareness and interest, and as metrics for filtering, prioritizing, and categorizing information.

When a post succeeds in drawing the attention of increasing numbers of online users, it becomes “viral” and can enter the virtual “consciousness of the population.” This online world is amorphous and chaotic with lots of competitive forces vying for attention and dollars. How could this possibly help achieve sustainability in our energy systems?

Our electric grid is responsible for about 30% of the total CO2 emissions in the U.S. It emits approximately 1 lb. of CO2 for every 1000 watt-hours consumed. In the war to lower atmospheric carbon and achieve sustainability, migrating the electric grid to high levels of variable renewable energy, such as solar and wind, is a priority.

The modern electric grid is a real-time system that dispatches energy generation and other resources in response to the needs of its customers in an endless effort to remain stable by keeping the electrical supply balanced with electrical load. This requires resources that respond deterministically to commands that increase and decrease the power provided to the grid. Traditionally, these resources have been electrical generators but recently load flexibility programs, such as demand response, have become important services to help adjust the load on the grid to better match the demand for power with the supply when operational or economic situations arise. As the grid moves closer to sustainability with variable renewable energy generation, balancing will require additional electrical storage and load flexibility to remain stable under all conditions.

Load flexibility programs typically include industrial facilities, commercial buildings and, to a lesser degree, homes. The challenge is to match the needs of these customers with the needs of the grid. Customers, in general, want reliable, high-quality electrical power at a cheap rate whenever they flip a switch. In the case of larger commercial and industrial customers, the high total cost of energy along with high demand charges can provide significant incentives for participation in these programs.

Homes are different. A lower rate of return and a general lack of awareness about their energy consumption makes it difficult for homeowners to justify participating in load flexibility programs. In addition, many owners are not comfortable allowing their electric utility to directly control the systems in their personal environment. On the flipside, more and more folks are becoming aware of climate change and the threat that it poses in the years ahead. They want to help achieve sustainability but may not have the resources or may not know how.

A new approach to addressing this conundrum is to transform load flexibility into a fun, educational, profitable, and competitive “sustainability game” that is linked to real world electrical power usage. Homeowners gain insight and appreciation for their power usage while winning valuable points and awards. The electrical grid wins a valuable resource to help adjust load when needed. Homeowners have control of their data and home systems and make their own decisions as to when they play and how they play.

The grid, via a game administrator, determines when the game is played, who can play based on location, the dollar value of an award point and the number of points awarded per watt. Awards can be credits toward an electric bill, gift cards or even crypto tokens. These incentives can be linked to wholesale real-time LMP (locational marginal prices), capacity and energy markets, operational grid scenarios and peak shaving during times when the cost to purchase and produce power is high. In all cases, the results are available when the game ends. A win-win that benefits all involved. As the game grows, so grow the benefits.

The homeowner either decreases or increases power usage during the time interval the game is active, which can be from 10 minutes to 4 hours. Using voice home automation, commands can be sent to control devices at the beginning and end of the game, either automatically or manually.

Points are awarded based on the actual change in the average watts, or percentage change in average watts, during the game interval compared with the average watts in the interval of the same duration immediately preceding the game interval. The percentage change can benefit players who are already using less power. At the end of the game, average power is calculated, and awards are stored in a blockchain smart contract that is visible to both the player and the game administrator. Opaque identifiers and signatures are used to protect privacy and security.

The use of blockchain smart contracts leaves open the conversion from points to crypto tokens used across energy service providers, enabling potential integration with upcoming regional DER markets under Federal Energy Regulatory Commission Order 2222. The game administrator acts as referee and has the option of invalidating a game result if a nefarious player tries to cheat the system or if the result is found to be otherwise invalid.

Many more award and social media programs can be added as the player network expands. These include game winners, an award pool for the top players, a leaderboard, tweet hashtags, Reddit subreddits and Facebook groups, to name just a few.

The homeowner adds a simple, accurate, commodity clamp-on whole-house power meter to their home automation system and enables sending the power data to an Internet of Things (IoT) server. A smartphone app is used to graphically monitor the home’s electrical power in real-time. (Note: Alternative power data feeds are possible if a utility has deployed an AMI (advanced metering infrastructure) that enables real-time power meter data access from a customer’s private network.)

The homeowner then installs “player agent” software on a new or existing personal computer and registers with the game administrator. After activation and startup, the player agent runs in the background awaiting the start of a game. The homeowner can activate, start, stop, and deactivate the player agent at any time.

When the administrator starts a game event, the player agent is automatically triggered, and the homeowner is notified by text message. The player agent monitors power usage and can automatically control smart home devices such as lights, thermostats, and electric vehicle charging. The homeowner can also manually control smart home devices. At the end of the game, the homeowner is notified of the results by personal computer voice and text message.

In the world of the electric grid, a single home drawing 1000 watts of electricity may not be significant, but 1000 homes drawing a million watts total can make an impact.  And even though a single player may not be a reliable deterministic resource, 1000 players in aggregate becomes a predictable resource by tuning incentives and utilizing data analytics. This approach is already widely used by today’s demand response aggregators.

A unique value proposition for the sustainability game is generated by leveraging modern commodity hardware, software, and cloud computing services to reduce costs while incentivizing customers as game players in a way that is fun, educational, and profitable.

Sustainability games that become popular can help bridge the gap between the quite different worlds of the electrical grid, the internet of everything and the modern homeowner as we drive toward a world where renewable generation, electric storage, electric vehicles, and load flexibility must all work together in synchrony.

Dave Hardin, Upperbay Systems LLC, has extensive experience designing information technology and automation systems in industrial manufacturing and energy management. He has held senior technical and management positions at SEPA, EnerNOC, Invensys, Shell and Texaco. Dave has been active in Smart Grid initiatives since 2006 including serving on the OpenADR Alliance Board of Directors, the Smart Grid Interoperability Panel (SGIP) Board of Directors, co-chair of the SGIP Architecture Committee, chair of the SGIP Industrial-to-Grid Domain Expert Working Group and member of the OPC Foundation Technical Advisory Council. Dave is also a member emeritus of the GridWise Architecture Council (GWAC). He is a Registered Professional Engineer (PE) (DE/MD), Project Management Institute Project Management Professional (PMP), and an IEEE Certified Software Development Professional (CSDP).

A scalable reference sustainability game has been developed by Upperbay Systems LLC. For inquiries into collaboration opportunities, contact Dave Hardin at dave@upperbay.com.