The Electric Reliability Council of Texas (ERCOT), grid operator for most of the state, expects the region will have sufficient electric supplies this winter, based on broad planning scenarios in the Seasonal Assessment of Resource Adequacy (SARA).

“We have more generation resources available than we did this time last year,” said Warren Lasher, director of system planning for ERCOT. “Although some areas could experience colder than normal temperatures this winter, we are not expecting peak demand to be as high as we saw this past winter.”

Generation resources for winter in the ERCOT region total more than 77,350 MW. The forecast, based on 12-year average winter temperatures, projects peak demand at about 53,000 MW. One MW is enough electricity to serve some 200-500 homes, depending on weather conditions.

Under the full range of planning scenarios, available ERCOT reserves during this winter’s peak could range from more than 16,000 MW to less than 1,200 MW, the latter representing a worst-case scenario of very high demand, extensive generation outages and fuel supply limitations that would reduce generation capacity further. In that scenario, peak demand could exceed 59,640 MW, more than 2,000 MW higher than the 57,265-MW winter record in February 2011.

“We continue to monitor these efforts to help assess the preparedness of the system overall,” he said.

In addition to new resources that began operations in 2014, the increase in generation capacity also reflects a change in the percentage of installed wind capacity that ERCOT expects to be available during peak demand periods. A new methodology approved on Oct. 14 by the ERCOT board of directors enables ERCOT to project wind generation availability based on location (coastal or noncoastal) and historical performance during seasonal peaks. The winter SARA includes coastal wind generation at 36 percent of installed capacity and noncoastal at 19 percent, bringing the expected peak average wind capacity contribution to nearly 2,500 MW.

ERCOT continues to caution residents in the Lower Rio Grande Valley of potential reliability challenges as transmission providers work to improve the system that serves that rapidly growing region. The SARA is a systemwide assessment and does not reflect this localized issue.

Based on input from generation owners, ERCOT does not expect drought conditions or coal transportation issues to affect generation availability during periods of peak demand this winter. To date, ERCOT also has not received reports from generation owners of expected capacity changes associated with the Environmental Protection Agency’s (EPA’s) potential implementation of the Cross-State Air Pollution Rule, which could be in place in January 2015. Although generation owners likely will wait for additional guidance from the EPA, ERCOT expects some coal-fired units to reduce operations to comply with the new rule and will continue to monitor these developments. 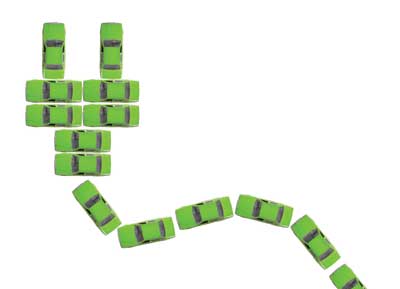 Pepco, electric service provider to more than 801,000 customers throughout Maryland and the District of Columbia, is deploying Itron and ClipperCreek’s electric vehicle smart charging pilot solution, the companies announced.

Pepco will use the smart charging to test demand response events and calculate the load impact of each event. The pilot program is to validate electric vehicle smart charging stations to support consumer engagement, demand response, time-of-use rates and embedded revenue-grade metering. Pepco will be able to study the impact of electric vehicle charging to the utility distribution system.

“Itron and ClipperCreek’s smart charging system is an innovating technology that satisfies our requirements for our Plug-In Vehicle Charging Pilot Program,” said Barbara M. Gonzalez, PHI manager of special projects who is leading the program. “We look forward to evaluating this cutting-edge solution, which will empower our customers to reduce peak usage and save money when charging their electric vehicles, while also decreasing the demand on our electric distribution system while increasing our system reliability.”

With Itron Embedded Sensing, Itron equips each ClipperCreek 240-V charging station with revenue-grade metrology and command and control communication over various mediums. The solution allows for flexible and automatic control of charging, receiving inputs such as charging schedules and control signals for demand response. In addition, the solution allows Pepco to remotely measure the energy delivered to the vehicle as interval metering data.

Distributed generation, when utility customers produce their own electricity such as with solar panels, is a long-term competitive threat to U.S. electric utilities that operate under a traditional ratemaking structure.

But utilities will receive reasonable regulatory treatment to deal with any potential industry transformation that a widespread adoption of distributed generation would bring, according to Moody’s Investors Service.

“Distributed generation poses a threat under traditional ratemaking but it’s premature to call a ‘death spiral’ for the sector,” said Mihoko Manabe, senior vice president of Moody’s, in the report “US (sic) Utilities: Regulatory Response Looks to Stay Ahead of the Distributed Generation Curve.”

Moody’s discounts the “death spiral” caused by many customers’ disconnecting from the utility grid as a remote worst-case scenario; a steady decline in volumes, however, is more likely in a do-nothing scenario.

Technological developments are uncertain and could be disruptive, but Moody’s does not see the utility structure’s being upset on the horizon.

“The electric grid is a critical piece of infrastructure, and its value could be even greater in the future,” Manabe said. “Consequently, we believe utilities will continue to receive reasonable regulatory treatment.”

According to Moody’s, proactive regulatory response to distributed generation is credit positive because it gives utilities improved rate designs and helps in the long-term planning for their infrastructure.

In some states, such as California, New York and Hawaii, regulators are going even further by pursuing new utility business models that embrace distributed generation, but most are tackling rate design and policy issues first.

The near-term regulatory agenda is focused on reforming net metering, a tariff that most rooftop solar customers have to reduce their electric bills.

The fast growth in customers’ generating some of their own power with solar panels have raised a policy concern that the costs of maintaining the utilities’ facilities are shifting to other customers.

Across the country, regulators are reassessing net metering tariffs to reduce the risk to utilities’ revenues.

In addition, lawmakers also have other policy tools, such as renewable portfolio standards, to manage the growth of distributed generation.

Moody’s found that utilities in those states were least likely to have policies or rate designs that promote distributed generation.

Moody’s also found that transmission and distribution utilities that don’t own generation assets and have decoupled rates are more likely to promote distributed generation in their service territories.

“Lessons learned from these early initiatives will set precedents for others in the sector,” Manabe said.

PJM Interconnection and the New York Independent System Operator (NYISO) are streamlining electricity flow across their mutual borders and reducing energy production costs. The grid operators on Nov. 4 implemented a coordinated transaction scheduling (CTS) system that improves the scheduling of wholesale electricity sales between New York state and the PJM region where they border in Pennsylvania and New Jersey. This enables market participants to access the least-cost power within the two regions and helps lower the combined energy production cost of the two systems.

CTS will enable PJM and the NYISO to use the transmission lines that connect the regions more efficiently. The system also minimizes counterintuitive power flows by incorporating projected price differences between the two markets into interregional scheduling decisions. By coordinating energy flow schedules, CTS will provide benefits to consumers in New York and the 13 states served by PJM. Estimates, including one from the market monitor for NYISO, found that CTS potentially could reduce production costs between $9 million and $26 million annually.

“Implementation of CTS is the latest example of interregional collaboration efforts that are enhancing the availability of resources and enabling more efficient use of power assets,” said Stephen G. Whitley, NYISO president and CEO.

“Coordinated transaction scheduling allows more efficient use of transmission resources across our borders,” he said.

The Federal Energy Regulatory Commission approved the tariff revisions necessary for implementation of CTS in March 2014. CTS is among the Broader Regional Markets initiatives that the NYISO, PJM and other grid operators have undertaken to improve interregional scheduling practices and power flows. Initiatives the NYISO and PJM already have completed to improve market efficiency at their common border include intra-hour transaction scheduling and coordinating their operations to cost-effectively solve transmission system constraints. The implementation of CTS marks the completion of the planned Broader Regional Markets initiatives identified in January 2010. 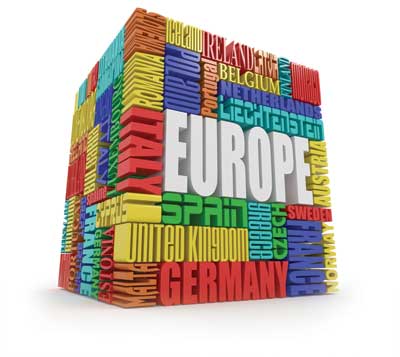 The announcement marks Simple Energy’s first international office and follows the EU’s announcement that it plans to reduce Europe’s annual primary energy consumption as much as 20 percent by 2020. 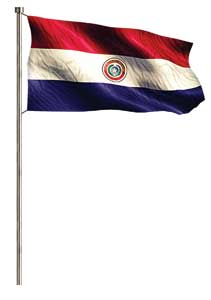 Avantha Group Co. CG has signed a contract with the state utility of Paraguay, Administracion Nacional de Electricidad (ANDE), for eight single- and three-phase transformers that total 420 MVA for the expansion of the country’s 220-kV and 66-kV electricity network.

Paraguay is one of the world’s largest electricity exporters, especially to Brazil and Argentina. CG has been in South America for two decades and previously partnered with ANDE for the supply of single- and three-phase transformers and 30,000 smart meters to the Paraguayan grid.

This contract was won through a competitive international public bidding process. CG was selected for this project because of its record in Paraguay, backed by a global recognition of its technical expertise in manufacturing and supplying high-voltage transformers.

CG has been involved in the generation, transmission and distribution sector in Latin America and the Caribbean with an installed base of more than 55,000 MVA and up to 500 kV.

The company is in more than 28 countries in the region with active representation in most countries. CG will manufacture the transformers in Mumbai, India, and supply them in three lots. Spare parts, supervision of the installation and commissioning and on-site training are part of CG’s scope. Latin America forms an important part of CG’s India export strategy, and the company has been exporting equipment to the region more than 23 years, primarily from its manufacturing bases in Bhopal, Mumbai and Nashik, India.

CG also has a manufacturing base in Brazil that is involved in the manufacture of extrahigh-voltage (EHV) switchgear, mobile substations and automation solutions for utilities in the region.

The Paraguayan grid has 1.3 million customers and some 32,000 kilometers of distribution lines. It has been growing at an annual rate of 4 percent since 2009. This contract represents the strengthening of some 15 percent of ANDE’s current transformer capacity. ANDE’s grid also faces difficulty because of distribution losses among the highest in the region. CG’s smart meters assist in reducing these losses and improving the grid’s energy efficiency. 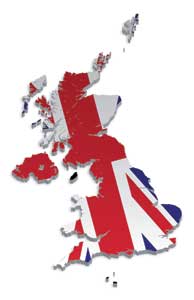 U.K. utilities will meet new government requirements of smart meters in every residential and commercial location by the end of 2020, and GE’s Digital Energy business is ready to help.

GE’s SGM1300 IEC smart electricity meter will provide utilities with the advanced metering infrastructure to meet the U.K. legislation and to better provide on-time, reliable and accurate billing information to their customers.

GE’s meters will help enable two-way communication between U.K. utilities and their customers. For example, smart meters will provide customers with half-hourly data on their energy usage.

For electricity customers, the smart meters support home-area network communications between local devices such as a GE gas meter and, using the in-home display, will give them a consolidated view of their electricity and gas usage, allowing them to better manage their energy consumption.

Available in single-phase and dual-element meter options, the SGM1300 features an LCD display with intuitive icons that let installers know when the meter is connected to the network and running on the system. This removes ambiguity and provides confidence that the installer can leave the installation fully operable.