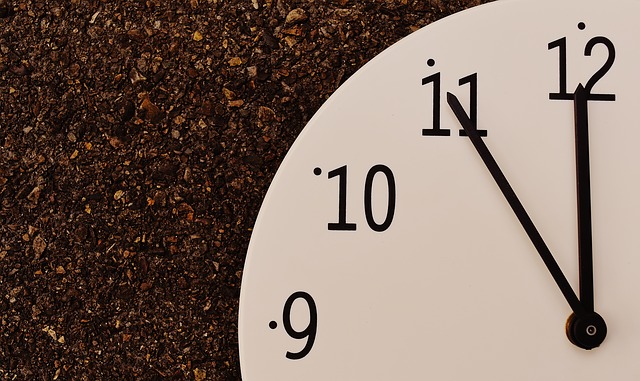 The severe winter storm that knocked out power in Texas and surrounding states exhibits how a failure to prepare for physical climate risks can exacerbate serious damage.

No matter where you live, in poor areas or rich, in Democratic strongholds or Republican communities, in Europe or India, Australia or Asia, climate change is here. Hopefully, the private and public sector now understand that climate resilience is a necessity to manage the risks associated with climate change – power outages, crumbling infrastructure, worsening health, and death.

Throughout history, humans have endured natural disasters. What has kept us increasingly safer for thousands of years is learning how to better anticipate, plan for and fortify ourselves from these perils.

Unfortunately, our infrastructure has proven time and again that it is woefully inadequate to meet our current physical climate risks; action must be taken now to meet them before it’s too late.

As I have often said over the past several years: we live in a world designed for an environment that no longer exists. Senior officials who have served in the highest levels of the government agree that crafting risk management based on the past is a bad idea.

Like California, where Jupiter was founded, Texas is a Ground Zero for the impacts of climate change. Hurricane Harvey, as well as the recent winter storm, showcase the destruction and hardship of more severe natural disasters. No one should have to shiver in the dark–or worse, die in freezing cars or homes.

A widespread failure to develop and implement climate resilience measures severely impacts individuals, local communities and the wider society. For example, vaccine rollouts have been slowed by recent extreme weather and winter storms, affecting our ability to recover from another natural disaster – the pandemic.

The impacts of extreme weather are not new. As the Wall Street Journal noted, it was just ten years ago that “the most severe freeze in recent Texas history occurred…when a winter storm barreled through the state and knocked out nearly 200 power plants,” with approximately eight hours of blackouts.

Indeed, Jupiter data shows that the Texas temperatures fall well within the range of lows experienced in the past.

Related: For Texas, the past was not prologue in the 2021 electricity fiasco

So what is the problem? Our collective climate resilience is staggeringly futile. The Washington Post’s Andrew Freedman found that “previous cold snaps, including the one in 2011, were accompanied by problems with the Texas electrical grid, and investigations into them led to recommendations to weatherize the state’s energy infrastructure to prevent a similar situation in the future.”

However, without taking proper resilience measures despite recommendations to do so, Texas remained perilously underprepared for impact. This past week, operational problems and grid failures caused by the winter storm again resulted in blackouts. But this time, the blackouts lasted three days and the impacts of the cold temperatures resulted in around 30 deaths. The Texas grid was mere minutes from a months-long blackout.

It is crucial for the power sector to heed an increasingly disturbing trend where critical infrastructure has failed during extreme weather events. California and Texas have suffered electrical grid failures due to extreme heat waves and freezing temperatures. A severe storm in 2020 caused two inches of rain to pressure the Washington, DC sewer system – built in the 1800s–shooting raw sewage back into people’s homes. And just in the past year, heavy rains have caused decades-old dams to crumble and collapse in Central Michigan, India, and Zambia.

Because climate perils threaten society’s economic arteries and critical infrastructure, power companies, insurers, and financial institutions around the world work with Jupiter to understand their changing thresholds and address the impacts of climate change. In a positive step, the banking and insurance sectors have started to adopt and address physical climate risk analysis. With climate disclosure laws and more extreme weather on the horizon, companies that manage real assets and real estate should benefit from integrating this type of analysis into their operations.

We support the health and resilience of the global economy, with clients in asset management, banking, chemicals, energy, insurance, minerals and mining, power, real estate, and vaccine production. We help address increasing climate risks across a variety of cities and in national security efforts. Our customers span the globe. While it is difficult to predict the future, through our work we know that global infrastructure is grossly unprepared for a changing climate. The effects of climate change have already appeared, and more natural disasters are ready to wreak even more havoc going forward. In conversations with executives at some of the world’s largest corporations, we hear the fear as they admit how looking backwards, ignoring the science and failing to properly forecast climate risks has imposed serious harm.

For a company, mistaken and ill-prepared planning for these events result in billions of dollars in losses, enormous reputational damage, and even bankruptcy. What is potentially devastating is an industry-wide failure to create resilience measures for natural disasters.

Inaction and complacency in the face of groundbreaking challenges can doom entire societies. Without the proper planning and investment to address physical climate risks, a hellscape will be upon us.

In the end, it comes down to a decision: Are we willing to make the investments to climate-proof our infrastructure, supply chains, and financial systems so that we can live safely for the foreseeable future? Or will corporations and political decision-makers fail to make the necessary adjustments to oft-antiquated systems, leaving our future selves and descendants to suffer?

It’s past time the market focuses on implementing climate resilience measures. The horror in Texas showcases the danger we all may find ourselves in if we do not act.

Rich Sorkin is the Chairman, CEO and cofounder of Jupiter Intelligence, based in Silicon Valley. Jupiter provides data analysis through predictive modeling to help governments, organizations and society manage risks from climate change, natural disasters, and sea level rise. Led by veterans of Fortune 100 companies, machine learning pioneers, a Nobel Prize winner, and scientists from NOAA and the National Science Foundation, the firm offers services to predict weather risks from one hour to 50+ years in the future.

In his three-decade-long career as a serial entrepreneur, executive, advisor, board member and investor, he has led breakthrough companies in numerous industries. Sorkin focuses on commercializing transformative technologies, with a significant concentration on financial services, energy, media, politics, and the environment. A founder of multiple startups, his companies have pioneered the use of satellite data and scalable cloud computing to predict weather events for commodity traders and applied analytics to detect identity theft.

Sorkin is the former Chairman and Chief Executive Officer of Zip2, an Internet 1.0 company best known for analytics and visualization of geospatial data. He served as president of Kaggle prior to its acquisition by Google, leadingâ€‹ the introduction of big data pâ€‹ redictive analytics into the enterprise market and serving as the company’s premier industry strategist.

Sorkin began his career as a consultant at Bain & Company. Before moving to Silicon Valley to focus on leading technology companies, he helped initiate research of the supercomputer industry at Goldman Sachs. After graduating business school, he ran the Sound Blaster business at Creative Labs during the time it gained market dominance, growing revenues from under $100M to close to $1 billion.

Sorkin is an alumnus of Yale University and Stanford Graduate School of Business, where he was a Lockheed Scholar. He has served as a Board Member at publicly-traded companies, private firms, the Yale University Development Board, and several non-profit organizations.