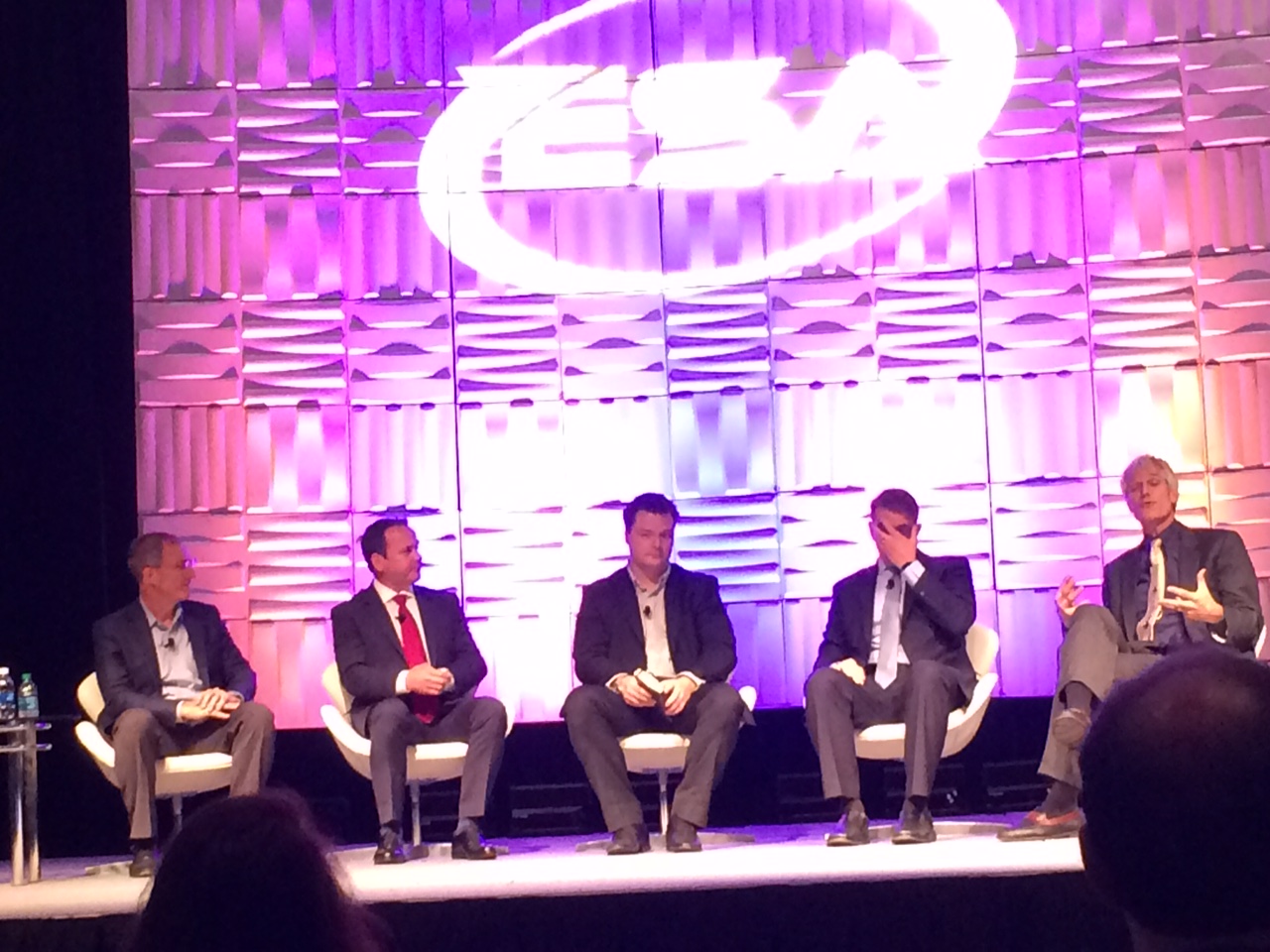 Six years ago, or the last time that the Energy Storage Association Conference & Expo was in Charlotte, North Carolina, it only attracted about 350 people focused on or intrigued by the potential of that industry on large-scale renewables integration.

Fast forward to late April 2016 and the turnout was five-fold at the Charlotte Convention Center. Energy storage may or may not be the necessary link to widespread renewable energy adoption by utilities and others in the grid game, but it is definitely becoming one of the players vying for that role.

“Six years ago Duke virtually had no storage technology,” Doug Esamann, an executive vice president who oversees that utility giant’s Florida and Midwest sectors, said at the outset of the 26th annual conference. He noted that only a short distance away now Duke was operating the McAlpine microgrid and Marshall solar storage projects.

Energy storage advocates, of course, want to be part of that change, with tens of billions of dollars potentially at stake. IHS has predicted that grid-connected storage would exceed 40 GW by 2022, while GTW Research estimated that U.S. energy storage grew 243 percent to 112 MW in 2012.

The onetime alternative is fast becoming a go-to option for many utilities which are embracing renewables and need frequency stability on the grid. Tucson Electric Power recently gained Arizona regulatory approval for two 10-MW systems while, on the supplier side, aviation giant Lockheed Martin announced it was getting into the energy storage space.

Shelton noted that AES, for 30-plus years a traditional generation and distribution firm, is putting close to $250 million into utility-scale storage. AES Energy Storage is doing and/or pursuing projects in West Virginia, Indiana, Ohio, California, Northern Ireland, the Netherlands and future sites in the Philippines and India.

Energy storage is a relatively high-cost alternative source at close to $1,000 per MWh compared to fractions of that for conventional generation or even wind and solar, based on some Lazard levelized cost of energy projections. Combined with the renewables and acting as a frequency regulator and load smoother, however, energy storage could easily come into its own, proponents said at the ESA event. It certainly competes in capacity markets with the cost of building new generation such as gas-fired peaker units.

“We’re at a time right now where storage is becoming more cost-efficient,” Shelton said. “We need to put it on the shopping lists (for consideration by system operators) and it will be chosen.”

Current Power by GE’s Gebhardt noted that his company, a startup within an industry giant, is only months old but highly optimistic about the future of energy storage. Large-scale storage has the potential to help balance the intermittents such as solar while also serving as a short-term anchor for microgrids and other uses.

“One of the keys is how do you monetize all the services a battery can do,” Gebhardt said. “I look at batteries like a Swiss army knife.”

AES’ Shelton echoed that theme of versatility, noting that batteries can be moved around physically. If they are not needed in one market, they can go to another; if not a generation asset, perhaps a transmission asset. And, instead of waiting for new rules or regulations benefitting energy storage to be written, companies in this space perhaps should see how to use what’s currently on the books to their gain.

“We need to read the manuals,” Shelton said. “How does the market actually work” in a way that gives energy storage a foothold toward economies of scale.

Swiss firm Alevo reported it will invest $250 million on storage, including building up the Gridbank battery product plant housed in a former Philip Morris facility in nearby Concord, N.C. Alevo’s Christiansen said he believes the market will grow exponentially over the coming years . He sees potential as a resource available to help ensure grid reliability amidst the explosion in renewables.

“My favorite would be the flexible capacity market,” he said. “There’s work to be done on the dispatch side.”

Energy storage certainly has its naysayers. The cost is prohibitive, as well as concerns about safety over batteries which react adversely to extreme heat. But Microsoft founder Bill Gates has also raised the daunting specter of financial capital needed, despite the fact he has himself invested in storage.

Others are worried about the life cycles of battery systems as well as keeping air conditioning systems adequate to the challenge of cooling those pods of lithium ion and vanadium.

Despite one joke about Gates’ acumen in picking investment winners, the energy storage executives acknowledged challenges ahead but contended that the industry would innovate its way into a lasting place in the global energy sector. Batteries are grid balancers, they say.

“With a four-hour battery, we can make tomorrow’s wind forecast come true,” said Oliver of RES.