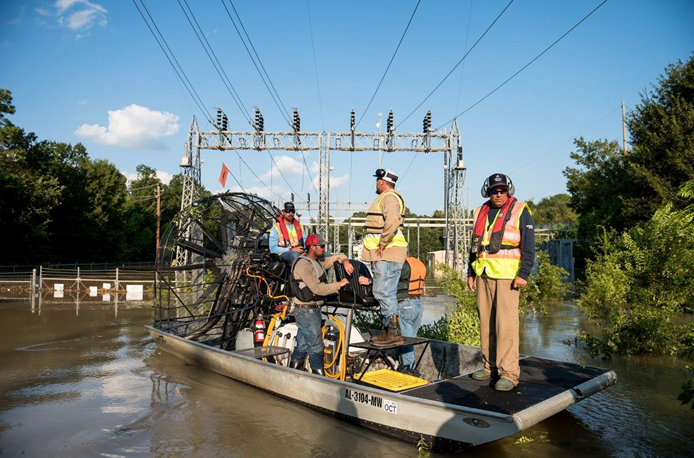 Cost-recovery reports can be multi-million-dollar exercises for utilities wrapping up after a major event.

Although Hurricane Irma happened more than 18 months ago, there are still utilities trying to get their arms around the crew data for cost-recovery reports tied to this event one year afterward. The delay, in part, stems from the painstaking process of documenting what resources (e.g., people and equipment) a utility brings on as part of restoration and verifying how long they were there and what they worked on.

Reimbursement happens in different ways. For investor-owned utilities, specifically those located near the Gulf of Mexico, they solicit a vote of approval from their state commissions for adding a charge to their customers’ monthly bill that builds a fund for disaster relief. They then make a request to use the money if struck by a storm. IOUs in other areas of the U.S. faced with recovering from a major event will ask for rate relief by going to their regulator. In turn, a commission would rule on whether the damage rises to a level necessary for funding.

For municipalities and cooperatives, when major events occur, a presidential declaration of emergency will take place based on evaluations from a state’s governor sent via the appropriate FEMA region. A typical claim for a large co-op could be $2 million or more. If the president declares an emergency, FEMA decides where to direct funds, which allows up to 75 percent of eligible costs recovery; the other 25 percent will come from sources within the state or absorbed by the utility.

One East Coast co-op I spoke with about its FEMA experience said “the cost-recovery nightmare” begins with the amount of paperwork it has to gather about resources deployed to address damage at the level of a county. “I don’t know a utility that isn’t struggling with this,” said the manager when I asked him if his experience was an isolated one. This East Coast co-op is among the larger ones in the United States; its service territory covers several counties and hundreds of towns. The cost-recovery reporting effort is complex and growing. For example, the utility manager told me one storm cut a swath of damage along a zig-zagging road that crisscrossed the border of two counties. One county, he said, hadn’t met the threshold for FEMA assistance, yet the ground was littered with the damaged circuit and poles darting back and forth across the county line. A similar process is used by the state commissions when an IOU makes a request for rate relief.

What he wanted to see his co-op avail itself of was technology to link the number and type of restoration crews to recovery costs, as well as the cost for equipment and material. And he wanted to organize and parse it by county. That way, when a storm ends, he could tally and record the costs county by county and “report out the information to FEMA in a way that they require.”

My intent isn’t to debate the merits of the cost-recovery process. Rather, as an industry, we have to look at the largely manual way nearly all utilities make the case for reimbursement. In the case of all utilities, the government entities funding the recovery want an accurate count of the number of broken poles and transformers, the miles of wire affected. They want proof that the facilities a utility’s assessors tag as damaged were in good shape before the storm.

Proving that requires reports which show, for example, the utility inspected its poles on a predetermined cycle prior to the event. Along with keeping accurate records is the challenge of reporting things in way that’s easy for FEMA. For instance, FEMA generally asks for justifications that mirror political boundaries; whereas, utilities work along circuit boundaries. Imagine a situation where a co-op customer in county A is without power due to a major event. Across the road in county B is a broken pole with a feeder for the customer. When compiling a cost-recovery report, the co-op enlists a lot of manpower to accurately count things in a way that a funding agency wants to see even though it’s not the way the utility performs the restoration.

Utility manages say cost-recovery reporting would drastically change for the better if they could automatically grab information about where a particular truck and crew worked on the property over a set period of time, creating a county-by-county picture.

One co-op manager said an automated cost-recovery system, coupled with GIS and linked to his OMS, would save his utility a month or more of manual work. He envisioned a system that would tally equipment and crew counts and marry that with outage data and damage assessments to build one report acceptable to FEMA. A system like this would capture all the resources and logistical data associated with meals, lodging, equipment and material. It would, for instance, store information for various pieces of equipment, material, lodging and meals matching them to the station, circuit and county they worked in.

Solid data is the key to successfully and expeditiously getting reimbursed (or processing requests for rate relief), utility professionals say. Automating the process would help all concerned. An ancillary benefit to a system like the one described here would be record-keeping that’s easily accessible for auditing. If a utility automates the cost-recovery process, then storing the data for a potential, future audit or inquiry is no more difficult than bookmarking the associated files and folders.

Cleaning up after a storm means removing physical debris and replacing infrastructure. If utilities can automate the cost-recovery process, maybe they can shorten a storm’s paper trail too.

About the author: Jim Nowak retired as manager of emergency restoration planning for AEP in 2014. He capped his 37-year career with AEP by directing the utility’s distribution emergency restoration plans for all seven of the company’s operating units, spanning 11 states. He was one of the original co-chairs for Edison Electric Institute’s (EEI) Mutual Assistance Committee and National Mutual Assistance Resource Team and a member of EEI’s National Response Event (NRE) governance and exercise sub-committees. He currently serves as senior director of Operational Services for ARCOS LLC. Contact him at jnowak@arcos-inc.com