Moore’s Law is kind of like peak oil. People keep predicting the end of it and they keep being wrong.

Innovation on the energy and technology fronts is kind of like that, too. New inventions and ways to produce alternative energy—or store and conserve it—keep coming along and keep getting cheaper, making them more attractive to customers and threatening to traditional utilities.

Moore’s Law—which dealt with transistors but can be expanded to include all technology innovation—must feel like Murphy’s Law—what can go wrong”will—sometimes if you’re in the C-suite of a power company. What goes right for rooftop solar or microgrids or storage goes wrong for the utility which is left out in the cold via declining load growth and revenues.

The future, utility style, is focused on amazing things happening with distributed energy resources and demand response and efficiency efforts. Consider these examples:

One man, Bertrand Piccard, went all new-age Charles Lindbergh and quietly flew his plane all around the world powered only by the sun. Another, not-so-quiet man, Elon Musk, is building a gigafactory complex that could turn Tesla from a car company to a world-changing battery company. A gigabyte of storage has gone from cost $300,000 35 years ago to a dime today.

“The energy industry is not what it was yesterday,” said UK Wired Editor-in-Chief David Rowan, giving his keynote at the CLEAResult Energy Forum last week in Austin, Texas. “People are coming in with new ways to solve it.”

Solar is not going away. Energy storage is not going away. Load growth, however, is going away, so utilities better jump on the innovation bandwagon or get left behind, was the gist of Rowan’s point. Better yet, they better start leading it and soon.

“I keep meeting entrepreneurs working on new things,” Rowan said, citing examples as Piccard, as well as a startup creating power from microbial power cells, another firm working in fusion and a teen-ager in England, Jamie Edwards,  who generated helium from smashing hydrogen atoms together.

“Keep your eyes on what’s happening around the edges,” Rowan said.

Most utilities are only beginning to adapt, and regulators are sometimes slower to realize the impact of Moore-level breakneck change. One area where power companies can spur growth despite falling demand is in the area of energy efficiency.

Longtime investment banker and electric utility expert Peter Kind, now executive director of Energy Infrastructure Advocates LLC, told the CLEAResult crowd that he saw opportunity in energy efficiency if performance-based incentive mechanisms (PIMs) can be adequately activated via utilities and regulators working together. Many investor-owned utilities currently see a 1-percent return, if that, on those programs, which is not moving the needle for Wall Street.

“We do have a problem that when a utility deploys energy efficiency, it isn’t necessarily good for the shareholder,” Kind pointed out.

Wall Street analysts want to see more robust, even 10-percent returns on equity deployed in energy efficiency. Kind knows because he asked them.

Strong energy efficiency, by its very nature, might cut into net income, but stronger PIMs would spur returns on equity and earnings per share, which is what really matters to Wall Street, Kind pointed out.

Strong incentives to spend less can both cut energy consumption and drive earnings growth. This is the proverbial win-win that regulators typically crave, he noted.

And Kind sounded inspired by all the innovation he heard about from Rowan earlier in the day.

“It sounds really hard because of regulatory inertia. To me, it sounds like a walk in the park compared to the amazing things going on in technology,” he said.

A precedent could be the Federal Energy Regulatory Commission’s moves to incentivize new interstate transmission projects. These have better returns on equity and also achieved the federally desired goal of making the grid more robust, Kind noted.

CLEAResult’s CEO Aziz Virani conceded that the regulatory framework nationwide is complicated given the lack of continuity in various states. However, he sees some of those economic “headwinds” as “tailwinds” for utilities. They can make money on PIMs, energy management services and grid modernization efforts, among other things.

“If we’re going to do all this distributed energy resources, we have to do grid modernization,” Virani said. “Grid modernization is going to see a lot of spending which will lead to revenues.”

New England-based Eversource Energy’s vice president for energy efficiency, Tilak Subramanian, emphasized that customer engagement is the key to getting all of this done. Help the customer see how this benefits them, working together and crafting structural change to monetize more from less (energy burned).

“If I have the customer on my side, the regulators will follow,” Subramanian said.

The CLEAResult Energy Forum was held Oct. 5-6 at the AT&T Executive Education and Conference Center next to the University of Texas campus. CLEAResult, which works with utilities, businesses and individual customers on energy usage, was founded in Austin 13 years ago and now has 80 offices in North America. 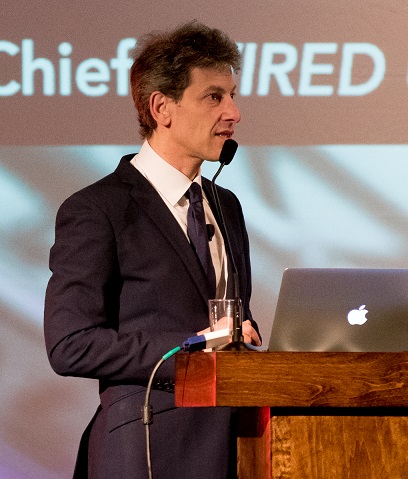 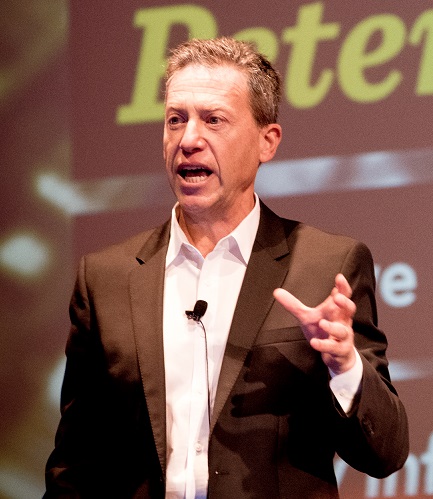