More
Home Executive Insight The FYI on the 2Q: Utility Earnings Spill the Black, Red and... 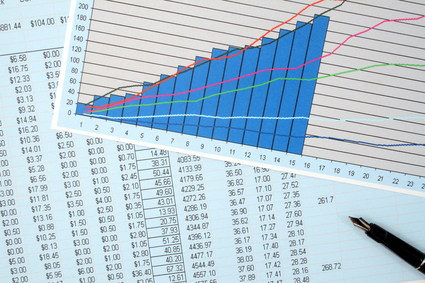 Utilities came out mostly winners as the second-quarter earnings season rounded the home stretch in the past weeks.

Following is a brief alphabetical rundown on how these utilities and related companies did in the second quarter. Some will include comments by their CEOs.

Columbus, Ohio-based AEP reported $502 million, or $1.02 per share, in second-quarter earnings, compared with $430 million, or 88 cents per share, in same three months of 2016. The earnings were impacted by a federal tax audit settlement, final accounting for the fourth-quarter 2015 sale of AEP’s commercial barge operations and the mark-to-market impact of hedging activities.

The independent generator suffered a net loss of $29 million, or 8 cents per share, compared to $19 million in profit in 2015’s second quarter. The red ink so far totals $227 million for the first half of 2016, primarily due to booked losses on increases in forward power and natural gas price contracts.

“We are looking forward to getting this state-of-the-art power station operating and providing energy to more than 400,000 customers,” Farrell said.

“We feel confident in raising our 2016 earnings guidance from a midpoint of $4.93 to $5.05 per share based on our strong ongoing performance.  This confidence is further evidenced by our Board of Directors’ action in June to increase the annualized dividend 5.5 percent to $3.08 per share. The dividend continues the company’s more than 100 year history of issuing a dividend,” said Peter Oleksiak, DTE Energy senior vice president and chief financial officer.

Charlotte-based utility giant Duke reported net income of $509 million, down from $543 million in the same time last year. The four cent drop in earnings per share, from 78 cents to 74, was impacted by charges related to an impairment in Central America, costs to achieve mergers and cost savings initiative. Duke is buying Piedmont Natural Gas.

“Our solid second quarter performance reflects the strength of our regulated utilities driven by strategic investments, dedicated cost management and a relentless focus on operational excellence,” said Lynn Good, Duke Energy chairman, president and CEO. “The execution of our long-term strategy to modernize the energy grid and generate cleaner energy creates value for customers, delivers growth for shareholders and enhances our position as a leader in the industry.

“Looking ahead, we are on track with our proposed acquisition of Piedmont Natural Gas and the marketing of our Latin American assets,” Good added. “The successful completion of both transactions will align our portfolio to focus on domestic infrastructure businesses that drive more stable earnings and cash flow growth.”

Southern California Edison’s parent firm made money but was down for the comparative quarter. EIX reported $276 million in second-quarter net income, compared to $379 million last year.

Edison’s report shrugged off the comparison, saying it was “not meaningful because of the delay in receiving SCE’s 2015 general rate case decision.

“Today, we reaffirmed our full-year earnings guidance based on second quarter results and more favorable SCE earnings expected for the balance of the year,” said Ted Craver, chairman and chief executive officer of Edison International.

SCE’s net income for the six months ended June 30, 2016 decreased $88 million, or $0.27 per share, from the same period in 2015, primarily due to $100 million, or $0.31 per share, of income tax benefits from revisions to liabilities for uncertain tax positions recorded in the second quarter of 2015 and higher operation and maintenance costs, partially offset by the implementation of the 2015 GRC decision and 2016 incremental return on the pole loading rate base.

Exelon Corp., fresh off its acquisition of Pepco Holdings , reported lower comparative earnings despite the favorable impacts of rate increases. Net income totaled $267 million for the quarter, down from $638 million during the same time last year.

The positive financial factors were offset by higher operating and maintenance costs at Baltimore Gas & Electric due to disallowances contained in rate case orders, according to the earnings release. The company also had higher nuclear decommissioning amortization in its generation unit.

Exelon faced costs overruns with its Zion nuclear facility in Illinois during past years. The company also is buying the 849-MW FitzPatrick nuclear plant in New York from Entergy for about $110 million, according to reports.

FirstEnergy reported a $1.1 billion net loss in the second quarter, citing asset impairments and plant exit costs in the company’s competitive business. These results compare to second quarter 2015 net income of $187 million, or $0.44 per basic and diluted share of common stock, on revenue of $3.5 billion.

For the full year, Ohio-based FirstEnergy expects losses of 75 to 55 cents per basic share, primarily reflecting the asset impairment and plant exit costs recognized in the second quarter. CEO Charles Jones sounded an optimistic, yet cautious tone in his comments.

“We continue to make steady progress on our strategic initiatives, while positioning FirstEnergy for stable, predictable, and customer-service oriented growth,” Jones said.  “At the same time, we have made difficult but necessary decisions to address the continuing impact of challenging market conditions on our competitive business.”

The Michigan-based transmission firm earned $70.7 million in second-quarter profit. The results were down only slightly from $72 million last year although operating earnings were up by about $8 million.

ITC invested $374.5 million in capital projects during the six month period ended June 30. The company is in the midst of work to merge with Fortis Inc.

Florida-based NextEra gained $540 million, compared to $716 million in the second quarter of 2015. On an adjusted basis, NEE were actually up to $777 million in earnings, but the company booked the effects of hedges and impairments on a Spain solar project.

“NextEra Energy delivered another successful quarter of strong operational and financial results, highlighted by a seven percent increase in adjusted earnings per share versus the same period last year,” said Jim Robo, chairman and chief executive officer of NextEra Energy. “At FPL, we had strong growth in the underlying business. Average regulatory capital employed grew 8.4 percent over the same quarter last year, reflecting our continuing commitment of investing new capital in the business to deliver even more value to our customers.”

The San Francisco-based parent of Pacific Gas & Electric generated $206 million in second-quarter net income, down nearly 50 percent from same period 2015. The earnings included a charge of $190 million pre-tax for pipeline-related capital expenditures that PG&E Corporation believes are probable of disallowance as a result of the phase one decision in the 2015 Gas Transmission and Storage (GT&S) Rate Case.

Sempra Energy’s earnings for the first six months of 2016 were $335 million, or $1.33 per diluted share, compared with $732 million, or $2.91 per diluted share, in the first six months of 2015.  On June 23, the CPUC issued a final General Rate Case decision for San Diego Gas & Electric (SDG&E) and SoCalGas for 2016-18 that, largely, was consistent with the settlement agreements entered into last year by the two utilities

“We are pleased to have received the final rate case decision for our California utilities from the CPUC and to have completed the sale of our stake in the Rockies Express Pipeline during the quarter,” said Debra L. Reed, Chairwoman and CEO of Sempra Energy.  “With the addition of the Mexican marine pipeline and the acquisition of a new wind farm in Michigan, we continue to add new projects both domestically and internationally that support our long-term growth strategy. :

Atlanta’s Southern reported $638 million in second quarter earnings, compared to $629 million in 2015. Half-year profits are nearly even at $1.12 billion.

Those earnings were impacted by debt-financing costs for the acquisition of AGO Resources, now known as Southern Co. Gas. Taking out those costs, Southern reported, the company earned $716 million in the period, nearly $70 million over same time last year.

Even so, kilowatt-hour sales to retail customers in the four-state service area fell by 1.6 percent. Commercial and industrial energy sales dropped the most, by about 2 percent.

“We look forward to the years ahead, when both Southern Company Gas and —subject to federal approval—our announced investment in Southern Natural Gas begin to contribute

TVA’s fiscal year net income fell by $37 million, year over year, to $572 million for the first nine months of the year. Power sales were down about 5 percent for the first three quarters, mainly due to a wind winter within the service territory.

“Even though the Tennessee Valley experienced a warm spring, it was not enough to offset a very mild winter in terms of revenue,” said TVA President and CEO Bill Johnson. “As we noted at the end of the second quarter, despite the challenges we are maintaining a healthy financial picture and we continued to improve in the third quarter.”

Compared to the same period last year, total operating expenses decreased over $400 million, or approximately 7 percent, largely driven by savings from lower fuel and purchased power costs. This was in part the result of lower market prices for natural gas as well as changes in TVA’s generation mix.

TVA also highlight progress in completing Watts Bar Unit 2, which will be the first new U.S. nuclear power facility of the 21st Century. The unit, which achieved initial criticality on May 23, is undergoing final ascension testing in preparation for commercial operation expected later this summer.

Milwaukee-based WEC more than doubled its profits, tallying $181.4 million in net income, compared to $80.9 million in 2015’s second quarter. WEC was formed a year ago when Wisconsin Energy competed its acquisition of Integrys.

Minneapolis-based XCEL reported ongoing quarterly earnings of $197 million, basically even with the same time last year. Higher electric and gas margins in the second quarter of 2016 were primarily due to higher retail electric and natural gas rates across various jurisdictions, non-fuel riders and the impact of favorable weather. These positive factors were offset by higher depreciation, interest charges and property taxes, the company reported.

“While we continue to see lower than expected sales across much of our operating territory, our teams continue to carefully manage our O&M expenses and take a thoughtful approach to delivering on our business objectives. As a result, we fully expect to deliver ongoing earnings solidly within our 2016 guidance range,” said Chairman, President and CEO Ben Fowke.

“We’ve made significant progress in our regulatory initiatives including filing a resource plan, a decoupling proposal and a distribution grid modernization program, all in Colorado,” he added.  “In addition, we received strong support for our Rush Creek wind project and are making good progress in working towards a settlement in our Minnesota rate case.”