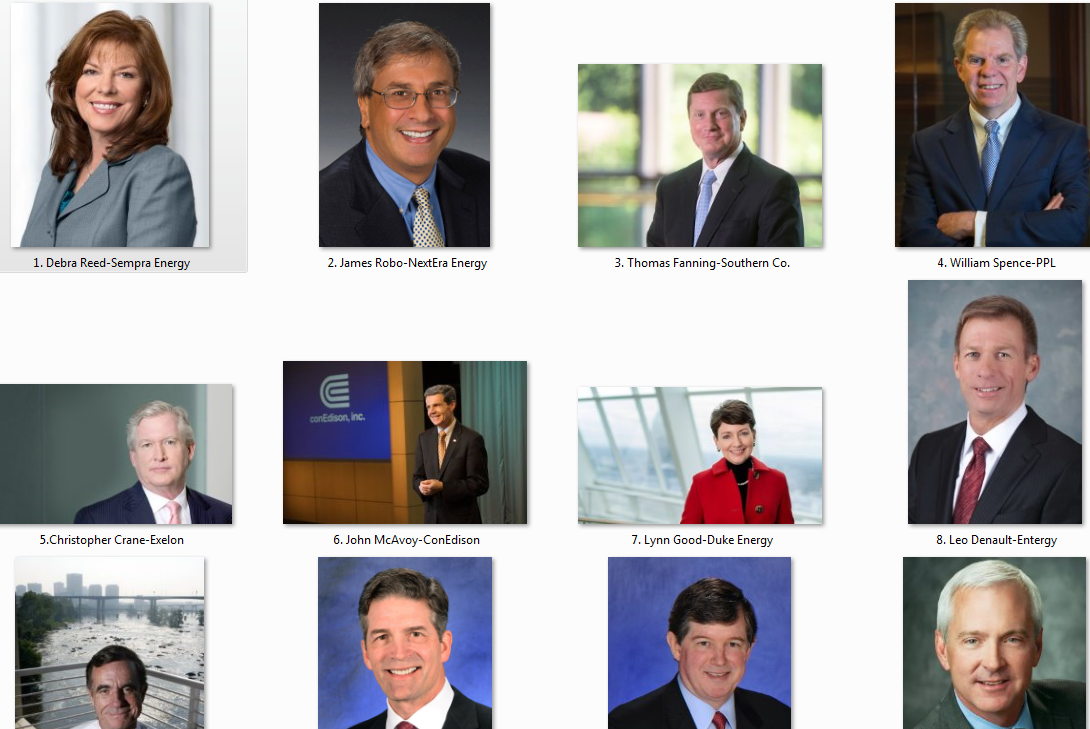 See a slideshow of this past year’s 15 highest paid CEOs.

To paraphrase a song from George Jones, it was a good year for the raises.

Fifteen of the 20 CEOs running the biggest IOUs got substantial pay increases in 2016, according to an analysis of federal filings by POWERGRID International and Electric Light & Power Executive Digest. Some got nearly 100 percent hikes in total compensation, while only a few came out even or less paid than in 2015.

ConEdison CEO John McAvoy received nearly $8 million more in 2016 compared to his $6.99 million total compensation for the previous year, according to proxy statements filed with the U.S. Securities and Exchange Commission. McAvoy moved up to sixth overall—compared with 19th last year— among investor-owned utility CEOs this past year.

The highest paid IOU CEO for the second straight year is Debra Reed of Sempra Energy, holding company for San Diego Gas & Electric and SoCalGas, among others. Reed earned $1.39 million and $18.8 million in salary and total compensation, respectively, compared with $1.35 million and $16.1 million in the previous year.

Total compensation includes potential bonuses, stock options, pension awards and other awards. See the complete list at the bottom of this story.

NextEra Energy’s James Robo’s company had a solid year, with Florida Power & Light winning numerous satisfaction and reliability honors for 2016, although regulators have shot down recent merger attempts with Hawaiian Electric and Oncor Electric Delivery. Robo moved up one spot to second on the CEO pay list at nearly $16.8 million in total compensation.

Christopher Crane of utility giant Exelon, which celebrated its completed merger with Pepco Holdings last year, dropped from second to fifth in the pay sweepstakes among CEOs in the same sector. Crane’s total compensation of $15.2 million was about $700,000 lower than in 2015, according to the SEC filings.

Third and fourth on the 2016 utility CEO pay list are Southern Co.’s Thomas Fanning and PPL Corp.’s William Spence, at approximately $15.8 million and $15.5 million, respectively. Both got significant raises over their 2015 compensations, both of which were also in the top 10 last year.

The biggest jump in the rankings belonged to ConEdison’s McAvoy moving up 13 spots. The biggest drop was shared with two CEOs who fell four places. Even so, Anthony Earley (Pacific Gas & Electric) and AEP’s Nicholas Akins still earned $11.7 million and $11.47 million, respectively.

Surely no one leading a major U.S. publicly owned utility is complaining about pay these days, but their compensation still lags behind many counterparts in the tech and entertainment industries.

Even Yahoo’s Marissa Mayer, who presided over her company’s downturn and eventual merger with Verizon, still got $27 million in compensation last year.

The nation’s highest paid utility CEOs certainly worked hard, leading their companies through tricky times challenged by demand destruction and moves away from centralized generation. One thing they could not do in 2016-17, however, was keep company stock prices buoyed.

During an era in which Wall Street indexes have risen to unprecedented highs, most utility stocks barely nudged over the past 12 months. Most of the companies employing the top 10 highest paid CEOs showed minor gains or losses in market cap.

Most of the rest—Exelon, Duke, Dominion and AEP, among others—only increased by fractions over the past year on the stock market. Southern Co.’s stock dropped from $53.16 to $48.79 from Aug. 4, 2016 to August 4 of this year, according to Fidelity’s website. 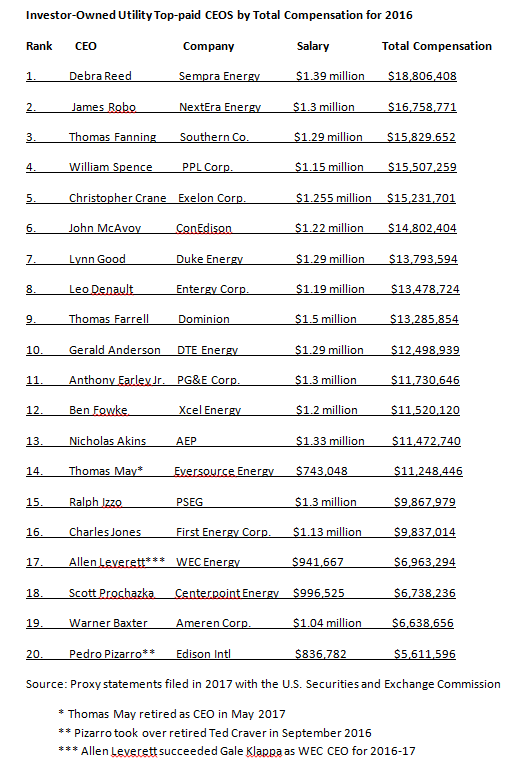