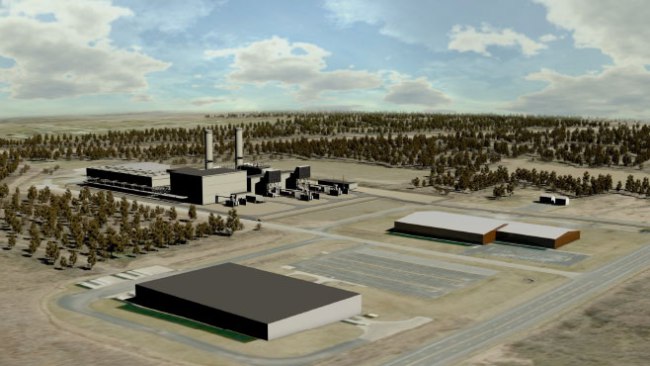 Macquarie Infrastructure Partners III LP, along with Siemens Financial Services, announced April 6 that they have entered an agreement to construct the 940 MW Lordstown Energy Center, a combined cycle gas turbine project in Ohio.

The LEC site is situated about 50 miles southeast of Cleveland in the village of Lordstown. The developer of the project, Clean Energy Future, will retain an interest in the project. Siemens will act as the engineering procurement construction contractor and provide the gas turbines, a steam turbine, and generators. The facility will be a 2×1 combined cycle power plant, featuring Siemens H-class technology.

“Lordstown Energy Center is a very high quality energy infrastructure project with which we are proud to be associated,” said Chris Leslie, CEO of MIP III. “LEC is expected to utilize the latest in high efficiency gas turbine power generation technology – technology that is both cost effective and more environmentally friendly than the aging coal-fired capacity that it will replace.”

MIP III will provide 73 percent of the equity investment and Siemens Financial Services will provide the remaining 27 percent. A consortium of banks led by Industrial & Commercial Bank of China, Credit Agricole, Bank of America Merrill Lynch and Investec, will provide the $445 million term debt to fund the construction.

“As the technology partner for LEC, we are pleased to provide Lordstown Energy Center with a turnkey solution of world-class power equipment, including gas and steam turbines manufactured by Siemens workers at our U.S.-based energy hub in North Carolina. This equipment will be serviced with pride by Siemens for many years to come,” said John Gibson, senior vice president, head of sales North America at Siemens Power and Gas Division.

“We are very pleased to have such a distinguished and experienced team of international power industry leaders, as Macquarie and Siemens, taking over the leadership role within LEC. Their strong track records of success will be most beneficial in meeting the project’s goals,” said William Siderewicz, President of Clean Energy Future.

LEC is a “shovel ready” project, having received all required approvals and permits. Construction will begin immediately. The facility is expected to commence commercial operations in the summer of 2018.

Power produced by the project will be delivered into the PJM Interconnection market. The plant will replace a portion of the more than 18 GW of coal-fired generating capacity in the region that has been retired since 2012, the project backers noted.

Whitehall Capital Markets served as the equity placement agent and financial advisor for the debt raise for Clean Energy Future-Lordstown. Barclays is MIRA’s financial advisor for this transaction. Chadbourne & Parke LLP represented Macquarie Infrastructure Partners III on the acquisition of the Lordstown project and on the financing for the project.