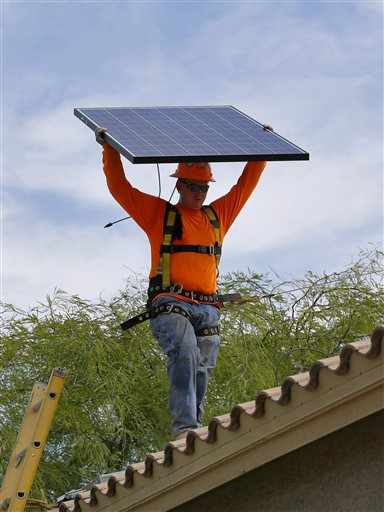 Some solar prophets preach that sun-powered generation will overtake all sources within a few decades, while others believe that the current upward trajectory will slow down considerably. In-between likely shines the truth, so utilities and potential solar customers would be wise to prepare for how fast the market is rising.

A recent report by Deloitte titled “U.S. Solar Power Growth through 2040: Exponential or Inconsequential?” offers current statistics, projections and suppositions on where solar power may be in the next 25 years. Either way, the report by Deloitte authors Marlene Motyka and Suzanna Sanborn concludes that solar adoption should continue to grow as the price falls. The technology is also changing at a rapid pace, which means innovations should also make solar more affordable.

Utilities would be wise to adapt to solar producers, and vice versa.

“For electric companies, even the most aggressive pace of solar growth would not necessarily trigger the so-called “Ëœdeath spiral,'” the report reads. “It would pose some challenging questions and require a substantial business model shift, but the future path appears to point to a critical and continuing role for the electric grid.”

For instance, companies are increasingly developing their solar projects both on the utility and distributed scale. Conversely, a solar firm may soon acquire its own small utility, the Deloitte report reads.

The most optimistic proponents, including those who earn their paycheck from it, predict that overwhelmingly most of newly installed power generation will be solar in the coming  years. The sunniest of these dispositions contends that solar power will be the majority generation source by 2030, thanks to improving economics and federal regulations such as the Clean Power Plan.

The future is unknown, but recent numbers don’t lie. Solar power installation has grown at a compound annual rate of 43 percent from 2004-2014, climbing to 59 percent annually in the past five years, according to Deloitte.