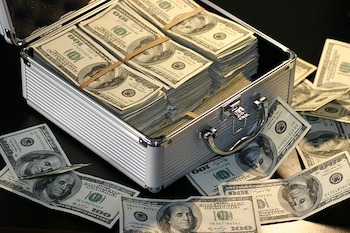 After wallowing in limbo for the first part of 2018 awaiting re-authorization, the Loan Program Office (LPO) at the Department of Energy is back in business with about $40 billion burning a hole in its proverbial pocket. Mike Reed, Director and Chief Engineer of the Technical and Project Management Division of the LPO and his team are planning to hit POWER-GEN 2018 in Orlando, Florida in December to identify people and projects that might need financing.

The LPO was created by Congress in 2005 to assist with the deployment of innovative, commercially ready technologies by providing loans or loan guarantees where they might otherwise not be available.

The LPO has invested $30 billion in projects but still has more than $40 billion left to loan. Specific amounts of funding available are shown in the graphic below. 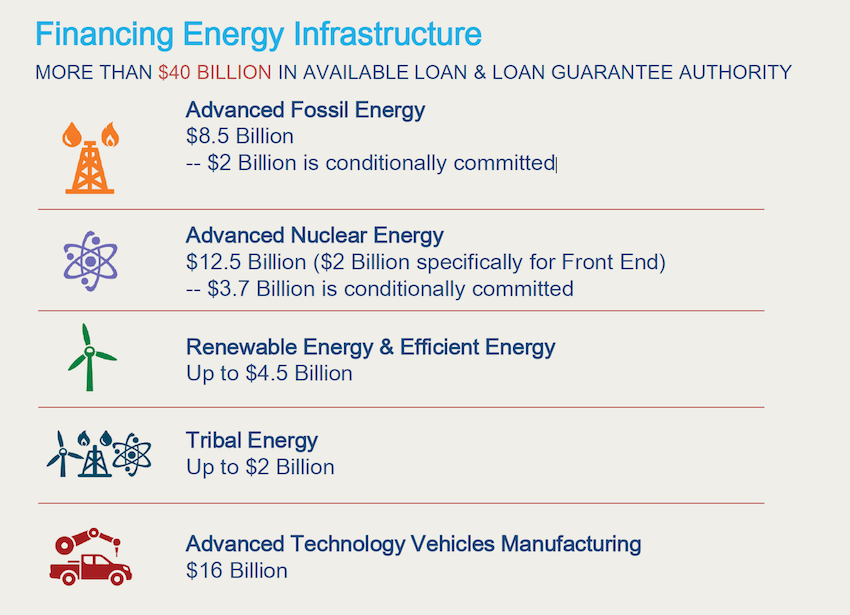 Reed said he decided to go to POWER-GEN because of its “cross-cutting” nature.

“It’s one of the largest gatherings of cross-cutting energy producers in the country,” he said in an interview. Indeed, the tagline for POWER-GEN this year — where conventional meets renewable — speaks to the event’s all-energy focus.

Reed said that LPO has reserved a booth, adding “I think is the first time we have ever done that at a conference.”

Reed said attending HydroVision International, another Clarion Energy event, helped him identify some projects that needed finance. “As a result of HydroVision, we are talking to a couple applicants that are looking at the 500 million to 1 billion range.”

The program finances projects as small as $25 million and those up to the multiple billions.

“Advanced fossil has been the most challenging area for us to get traction,” he said. Fossil energy projects must show that they will lead to greenhouse gas reduction and Reed surmises that that requirement can been seen as a sticking point.

“There is a lot of innovation taking place in that space “but I just don’t think that sector knows much about us,” he said.

While projects have to be located in the United States, the projects can be foreign-owned and/or use technology that didn’t originate in the country, as long as the project is one of the first three times the technology has been used in the U.S.

To learn more about the LPO and Mike Reed, play the video below.