Solar energy is spreading quickly across the country with utilities from North Carolina, Tennessee and Ohio entering the solar market with new investments.

This is according to the U.S. Solar Electric Power Association (SEPA), which recently ranked utilities across the nation in terms of how much solar energy they have incorporated into their user base.

Among the top three in the megawatt rankings are some of the nation’s largest utilities — California’s Pacific Gas and Electric Co. (PG&E) with 805 MW installed and Southern California Edison (194 MW) plus Public Service Electric & Gas Co in N.J., which installed 144 MW. These utilities often rank highly in this category, says SEPA, due to their expansive customer solar programs and utility purchasing programs. 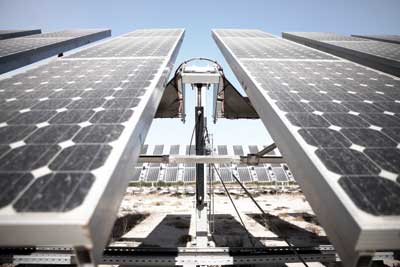 This is the first year that Progress Energy Carolina’s made the list, whereas all the others were previously ranked in 2011. This is the fifth year that PG&E has topped the list.

SEPA also ranks utilities on a watts-per-customers basis, showing which utilities made strides in powering their customers’ homes and businesses with solar energy. Leading the Solar Watts-Per-Customer rankings are many municipal utilities including the city of St. Mary’s, Ohio, with 562 watts per customer, Kauai Island Utility Co-op in Hawaii (282 W per customer) and Bryan Municipal Utilities in Ohio (275 W per customer).

Julia Hamm, SEPA’s president and CEO said she was impressed with the number of utilities that had moved into the top 10. SEPA works to education utility companies about solar energy and help solar companies understand the complexities of the utility business model and its work is clearly having an impact.

This article was originally published on RenewableEnergyWorld.com. It was republished with permission.