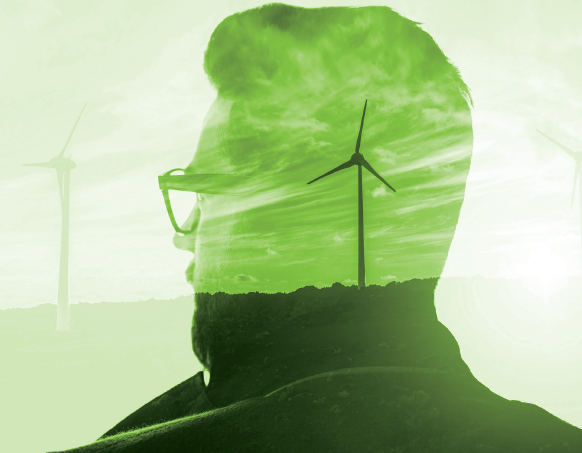 Customers are beginning to pull away from their utilities at an alarming rate, but new business opportunities can bridge that gap and keep the relationships intact.

A new report by the Deloitte Center for Energy Solutions points out what most industry leaders have known for a while—that consumers are increasingly interested in clean energy choices and perhaps even going off the grid to gain them. The company’s 2016 report cited statistics showing that 65 percent of residential customers are “very concerned” about the environment and their impact on it, coupled with the cost of wind, solar and battery storage falling 41, 54 and 73 percent, respectively, since 2008, according to federal indicators.

Tell a worried utility executive something he or she doesn’t already know. But what can they do about it?  One answer is if you can’t fight them, join them.

“In response, many electricity providers have made investments to integrate DER solutions into their portfolios of service offerings,” the Deloitte report, titled “Choose, Aggregate, Transact: Increasing Options for Energy Customers,” reads. “They are also exploring how to monetize DER by bidding aggregated resources into wholesale energy markets and expanding into new customer segments. Finally, residential and commercial and industrial (C&I) customer demand for renewable energy—coupled with their desire for enhanced participation—is driving business model change by prompting utilities to explore how DER, aggregation platforms and transactive energy technologies can replace or defer traditional transmission and distribution investments.”

Transactive energy technologies seek to enable great efficiencies via economic and control mechanisms within the grid. Blockchain, first made famous by Bitcoin, can make transactive energy work independently of banks, energy traders and utilities and is gaining attention in the industry. Deloitte recounted the story about a small group of Brooklyn, New York, neighbors using the Ethereum blockchain platform “to trade behind-the-meter solar energy through programmable smart contracts.”

Utilities don’t have to run from the transactive lifestyle and perhaps can regain some revenue by incorporating it into their newly evolving business models. Blockchain is still relatively new and untested on a large scale, but pilot projects could verify its viability.

“Assuming advancements are achieved, it is likely that electricity providers could first test use cases such as peer-to-peer exchanges of excess solar energy, utility-facilitated trading of grid flexibility among large end users and automatic diagnosis of network failures,” the Deloitte report reads. “Experts anticipate that blockchain could accelerate the transition to a distributed renewable energy future.”

Buyer’s syndicates and power purchase agreements (PPAs) are other avenues which smaller players can pursue to avoid the tremendous capital costs of building their own wind or utility solar farms.

Deloitte detailed a case study involving Ameren Corp., the utility holding company with operations in Missouri and Illinois. Ameren tried a two-phase pilot which tested how customers responded to options for choosing their resource supply based on price signals and carbon intensity.

The company deployed utility-leased distributed energy resources (DER) and integrated a controller into the distribution system. The first phase deployed distributed generators and battery storage, while the second part is focused on advanced load management techniques.

“The pilot is unique because of the distribution-level controller’s ability to dispatch decentralized energy sources connected to Ameren’s medium-voltage distribution network,” Deloitte reported. “Ultimately, innovators at Ameren envision integrating this system with a customer-controlled interface—such as a tablet—to put decision-making power in the hands of customers. Using advanced algorithms, the utility’s monitoring and control system—coupled with a distribution operations digital dashboard—enables utility operators to choose an optimum supply mix from DER resources based on resource cost, carbon-intensity and climate conditions. The utility also provides the option to buy electricity from the grid based on locational marginal price (LMP) and other characteristics of the generation mix.”

Other examples cited included projects from Enbala and Engie, among others. Whatever ends up working, the customer demand is changing because they know they can now somewhat control their energy supply mix through various new channels. The work is just beginning for utilities to figure their way to stay relevant in this future.