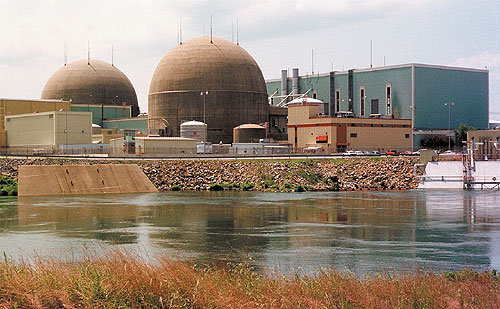 The Virginia State Corporation Commission on Dec. 30 approved the latest integrated resource plan for Dominion Virginia Power, and also in that approval laid out certain things it will want to see in the next plan in areas like compliance with EPA’s new Clean Power Plan and solar generation development.

On July 1, 2015, Virginia Electric and Power filed with the commission a plan that encompasses the 15-year planning period from 2016 to 2030. The utility is a unit of Dominion Resources.

When the company filed its plan, the Clean Power Plan, which mostly affects coal-fired capacity was a proposed regulation. An unofficial version of the final federal regulation was not available until Aug. 3, 2015, and the final regulation was not published in the Federal Register until Oct. 23, 2015, well into the plan review process.

Due to the future regulatory and market uncertainties at the time of the company’s plan filing associated with, among other things, the Clean Power Plan, Dominion’s plan does not identify a preferred resource plan or a recommended path forward, other than a short-term action plan for the period 2016-2020.

Instead, the plan presents a set of alternative plans, which the company indicates represent potential future paths, in an effort to test different resource strategies against plausible scenarios and sensitivities that may occur.

A state-specific compliance plan under the CPP, which counsel for Virginia Department of Environmental Quality has advised that it will develop for Virginia, is not yet known and can be submitted to the EPA as late as September 2018. Among the other unknowns is that EPA’s model trading rule and the compliance option of a federal implementation plan have not yet been finalized.

“Consequently, based on the record, we do not find it to be reasonable to exercise our discretion in this proceeding to require Dominion to identify a preferred resource plan based on either the proposed version of the Clean Power Plan, which would be of limited value now that it has been superseded, or based on the final rule, which would be premature at this time,” said the commission.

Also, during this plan proceeding, the state Consumer Counsel has noted that expenditures related to the possible new North Anna 3 nuclear unit are rapidly being incurred without Dominion having applied for, much less having received, a certificate of public convenience and necessity or rate adjustment clause.

“We reiterated in the Final Order in the Company’s 2015 biennial review proceeding what we have repeatedly stated in the past, that Dominion is incurring its North Anna 3 costs purely at its stockholders’ risk, and should have no expectation of future recovery from customers without an approved CPCN and/or RAC,” said the commission. “In this proceeding, however, Dominion testified that it does consider such costs as ultimately recoverable from ratepayers and is booking them as recoverable.”

The evidence demonstrates that Dominion has already incurred about $580 million in development costs related to North Anna 3 through Sept. 30, 2015, and that, based on current forecasts, the total cost of North Anna 3, including an estimate of construction interest costs, would be about $19.3 billion.

The Virginia jurisdictional share of this estimated $19.3 billion capital investment would increase the total rate base for the Virginia jurisdiction by about 100 percent, and would obviously, if it were recoverable, represent a large enough increase in electric bills for residential and business customers to impact Virginia’s economic climate.

“Given that Dominion treats these growing costs as recoverable, and given that the General Assembly has already made a substantial portion of past development costs recoverable from ratepayers, Consumer Counsel has raised a serious concern. Should Dominion come to this Commission in a future CPCN or RAC proceeding having already incurred multiple billions of dollars in costs on North Anna 3, it is entirely foreseeable that the amount of costs already incurred will be argued in that proceeding as a compelling reason for the Commission to approve the application.”

To address that issue, the commission said in its upcoming May 1, 2016 plan filing, Dominion needs provide answers to questions that include:

Pursuant to what authority does Dominion believe that the costs it plans to incur for North Anna 3 before receiving a CPCN or RAC are recoverable from its customers.

Is there a dollar limit on how much Dominion intends to spend on North Anna 3 before applying to this commission for a CPCN and/or RAC?

Without a guarantee of cost recovery, what is the limit on the amount of costs Dominion can incur, prior to obtaining a CPCN, without negatively affecting (i) the company’s fiscal soundness, and (ii) the company’s cost of capital?

Also in its next plan, the company needs to update the timing analysis that it performed in this proceeding, and, in that timing analysis, quantify the trade-off between operating cost risks that may be increased and the cost savings that may be realized by delaying the construction of North Anna 3.

In Dominion’s 2013 plan, the commission directed the company to investigate the feasibility and cost of extending the lives and operating licenses of its four existing nuclear units (Surry Unit 1, Surry Unit 2, North Anna Unit 1, and North Anna Unit 2).

As the record in this 2015 proceeding indicates that the company’s investigation into the feasibility and cost of extending the operating licenses for these nuclear units remains ongoing, the commission in the Dec. 30 order directed the company to:

Continue to investigate the feasibility and cost of extending the operating licenses for Surry Unit 1, Surry Unit 2, North Anna Unit 1, and North Anna Unit 2; and prepare a report for its upcoming plan filing on the status of the license extension process, which shall include, but is not limited to, a discussion of communications between the company and NRC concerning the operating license extensions, updated cost estimates of the license renewals, a timetable showing key dates in the renewal process, and the results of computer model runs to determine the net present value of utility costs where it is assumed that the operating licenses for all of the nuclear units are extended for 20 years.

Despite these uncertainties, however, the company’s next filing should be able to provide information that is useful in assessing potential approaches for compliance and the costs and rate impacts attendant thereto. Therefore, Dominion needs to, at a minimum:

·      Model and provide an optimal (least-cost, base case) plan for meeting the electricity needs of its service territory over the planning time frame;

·      Model and provide multiple plans that are each compliant with the Clean Power Plan, under both a mass-based approach and an intensity-based approach (including a least-cost compliant plan where the model is allowed to choose the least-cost path given the emission constraints imposed by the Clean Power Plan); provide a detailed analysis of the impact of each plan in terms of all costs, including, but not limited to, capital, programmatic and financing; provide the impact of each plan on the electricity rates paid by Dominion’s customers; and identify whether any aspect of any plan would require changes to existing Virginia law;

·      identify whether any aspect of the proposed or final plan would require changes to existing Virginia law;

·      Examine the differing impacts of the Virginia-specific targets versus source subcategory specific rates under an intensity-based approach;

·      Examine the potential for early action emission rate credits and allowances that may be available for qualified renewable energy or demand-side energy efficiency measures;

·      As recommended by the Mid-Atlantic Renewable Energy Coalition (MAREC), examine the cost benefits of trading emissions allowances or emissions reductions credits, or acquiring renewable resources from inside and outside of Virginia.

Dominion told to do more analysis on third-party power purchases

Also, in part based on issues raised by MAREC in this proceeding, the commission said that Dominion in future plans needs to:

·      Include a more detailed analysis of market alternatives, especially third-party purchases that may provide long-term price stability, and includes, but is not limited to, wind and solar resources;

·      Examine wind and solar purchases at prices (including prices available through long-term purchase power agreements) and in quantities that are being seen in the market at the time the company prepares its plan filings; and

“While we direct Dominion to provide a detailed analysis of market alternatives in its next plan filing, we do not conclude that the Company must, for purposes of satisfying the plan statutes, enter into a request for proposal process or a request for information process, as recommended by MAREC,” the commission noted. “Although we do not adopt MAREC’s recommendation as a planning requirement in the instant plan proceeding, the Commission has recently recognized, in a CPCN and RAC proceeding, the Code’s requirement for the Company to consider and weigh third-party market alternatives in its process for selecting generation resources.”

The adequacy of Dominion’s analysis of solar photovoltaic generation had also been challenged in this proceeding. In its plan, Dominion concluded that the costs and issues associated with significant solar deployment are unknown and potentially substantial. Some parties have challenged the company’s conclusion and claimed that the company failed to provide adequate documentation to support its concerns regarding solar integration. In future plans, the commission said that Dominion needs to develop a plan for identifying, quantifying, and mitigating cost and integration issues associated with greater reliance on solar photovoltaic generation.