More
Home Executive Insight Warmer Across Parts of the Eastern and Western U.S. In August 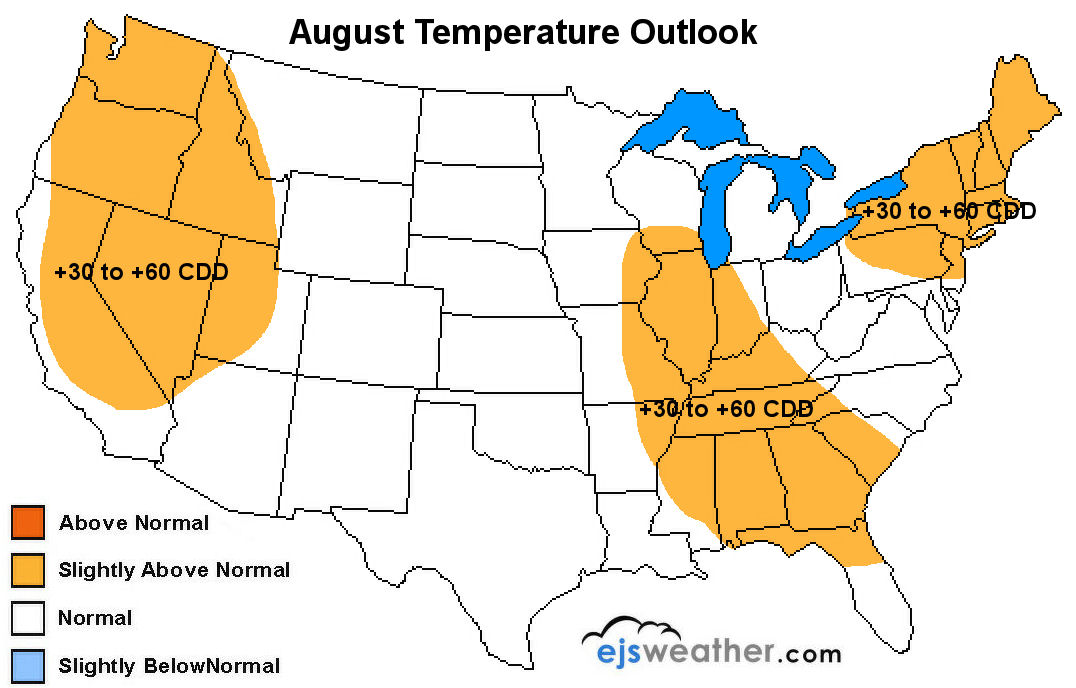 It is now official. The El Nino phase, which has been in place across the Equatorial Pacific Ocean since late 2014, has weakened and transitioned into a neutral phase during the past couple of months. The latest long-range climate models are still indicating that a La Nina is likely to develop during the rest of the summer and persist into the upcoming fall and winter months.

All of these regions of the country are projected to see a surplus in total monthly cooling degree days by between 30 and 60 in August. Energy costs with respect to cooling will also be slightly higher than average across these areas. Much of the Rockies, Plains, and Great Lakes are predicted to see temperatures that on a whole average closer to normal in August.