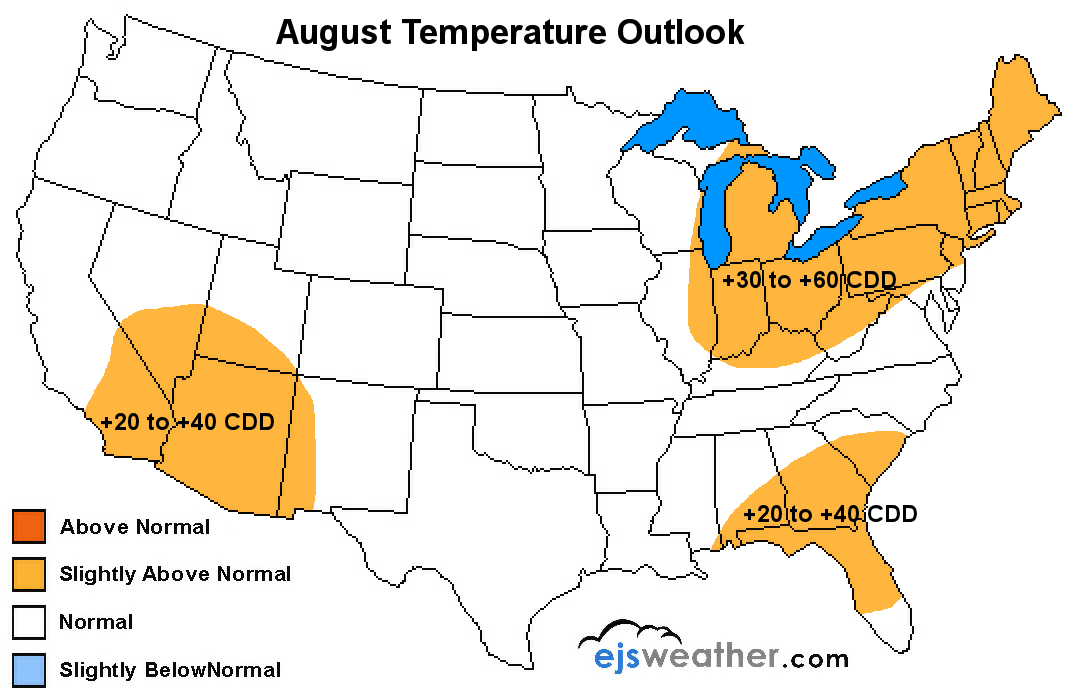 Temperatures are expected to average slightly above normal across portions of the Northeast, Ohio Valley, and Great Lakes during the month of August due the NAO (North Atlantic Oscillation) likely remaining positive during most of at least the next month. A positive NAO tends to allow upper-level ridging to set up over the eastern third of the United States at times and this pattern often allows for warmer temperatures.

A surplus of total monthly cooling degree days of between 30 and 60 is projected across the regions in August, which could lead to slightly higher than average energy costs with respect to cooling. Parts of the Desert Southwest and Southeast could also see slightly warmer than normal temperatures in August as well. Much of central United States back to the north-central Rockies and Pacific Northwest is forecast to see temperatures that on a whole average closer to normal during the month of August.

As for the ENSO phase in the Equatorial Pacific Ocean, it remains neutral and the latest long-range climate models indicate a 50-55% chance of this current neutral phase persisting into the upcoming fall months. Any signs of a developing El Nino have slowed a bit in progress over the past month and it remains uncertain if an El Nino will become fully established.