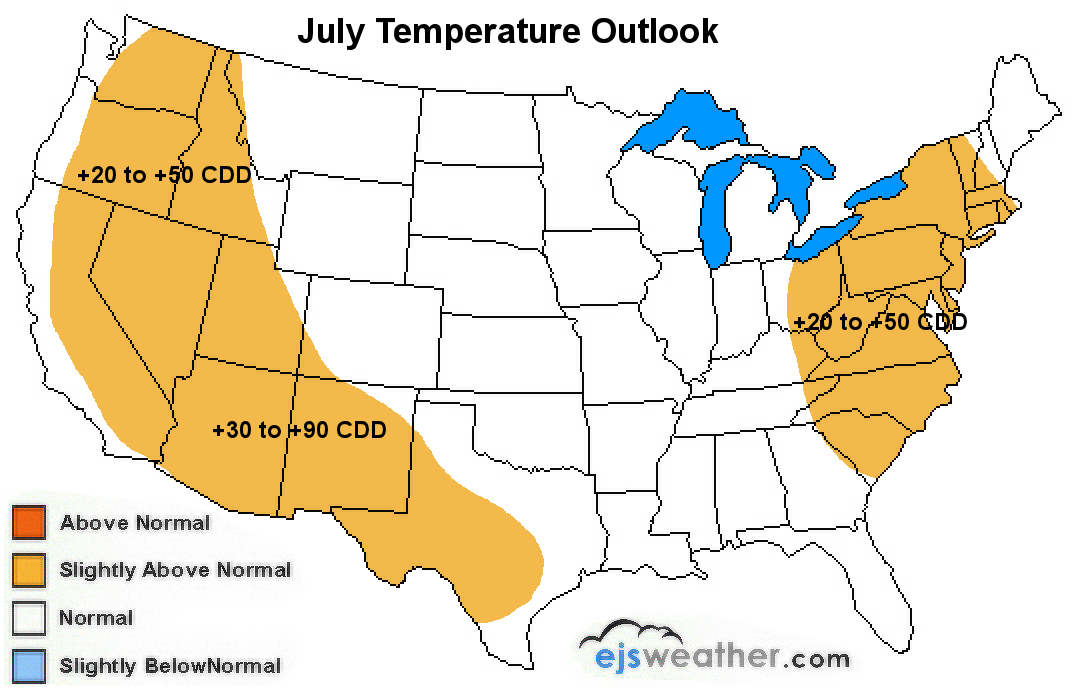 Sea-surface temperatures across much of the Equatorial Pacific Ocean have cooled slightly during the past month. This indicates that the ENSO phase is firmly neutral. The latest long-range climate models suggest that this neutral phase will persist through summer and possibly into the fall season. Looking a bit further out, some climate models indicate that this neutral phase will transition into a La Nina during the late fall into the winter. Of course there is still plenty of time to monitor the evolution of the current neutral phase.

As for the July temperature outlook, slightly above normal temperatures are forecast across parts of the Pacific Northwest, Great Basin, Intermountain West, Desert Southwest, southern Rockies, and west Texas. A monthly surplus of cooling degree days of between 20 and 90 is projected throughout these regions of the country. The largest surplus is likely to be in parts of the Desert Southwest and southern Rockies.

Portions of the Northeast and Mid-Atlantic may also see temperatures average a little warmer than normal during the month of July. Higher cooling degree day totals and energy costs with respect to cooling are expected across these regions as well. Temperatures will likely, on a whole, average closer to normal throughout much of the Plains, Great Lakes, Midwest, and Deep South during the month of July.