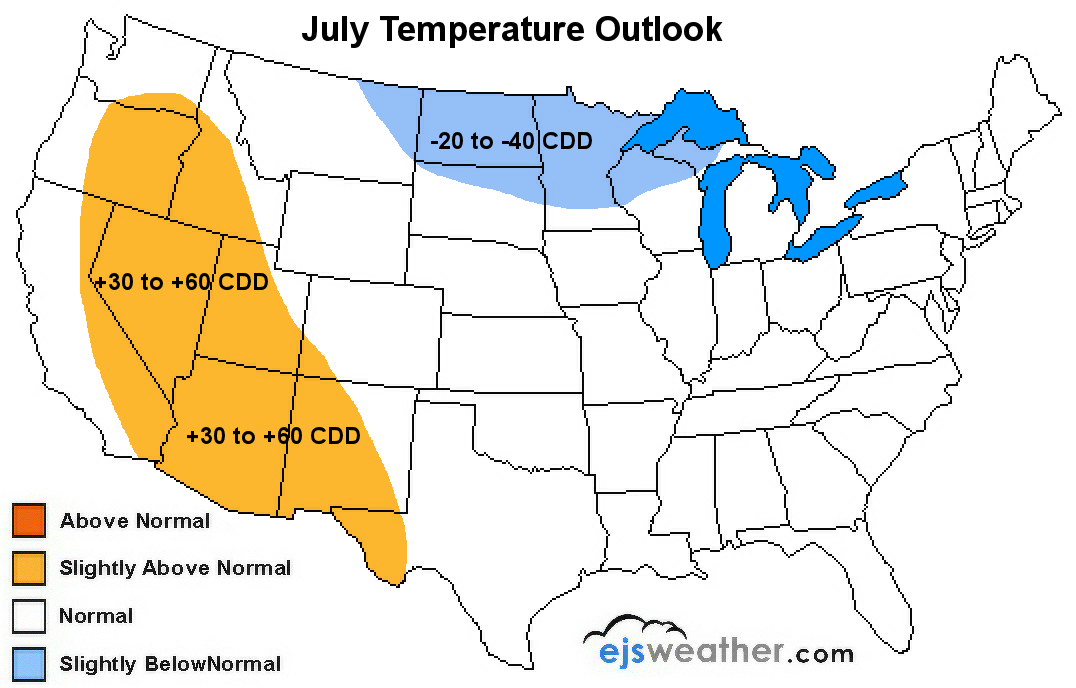 Temperatures are forecast to be slightly above normal across portions of the Pacific Northwest, Great Basin, Intermountain West, Desert Southwest, and southern Rockies during the month of July. Monthly cooling degree day totals are projected to be higher the average by between 30 and 60 and energy costs with respect to cooling will likely be on the rise across these regions of the United States in July.

Temperatures are expected to be closer to average throughout much of the central and eastern United States. Parts of the northern Plains and upper Midwest have the best chance at seeing slightly below normal temperatures in July with a deficit of cooling degree days of between 20 and 40 predicted. There are some indications that the NAO (North Atlantic Oscillation) may become negative sometime during the month of June. If this occurs and the negative NAO trend persists into July, there is the possibility that below normal temperatures could spread farther into parts of the Midwest, Great Lakes, and Northeast. However, too much uncertainty exists in this outcome at this point to include this in the July temperature outlook.

As for the ENSO phase, it has now completed the transition from a weak La Nina to a neutral phase. This neutral phase is forecast to persist through fall with a possible transition to an El Nino phase during the winter months.