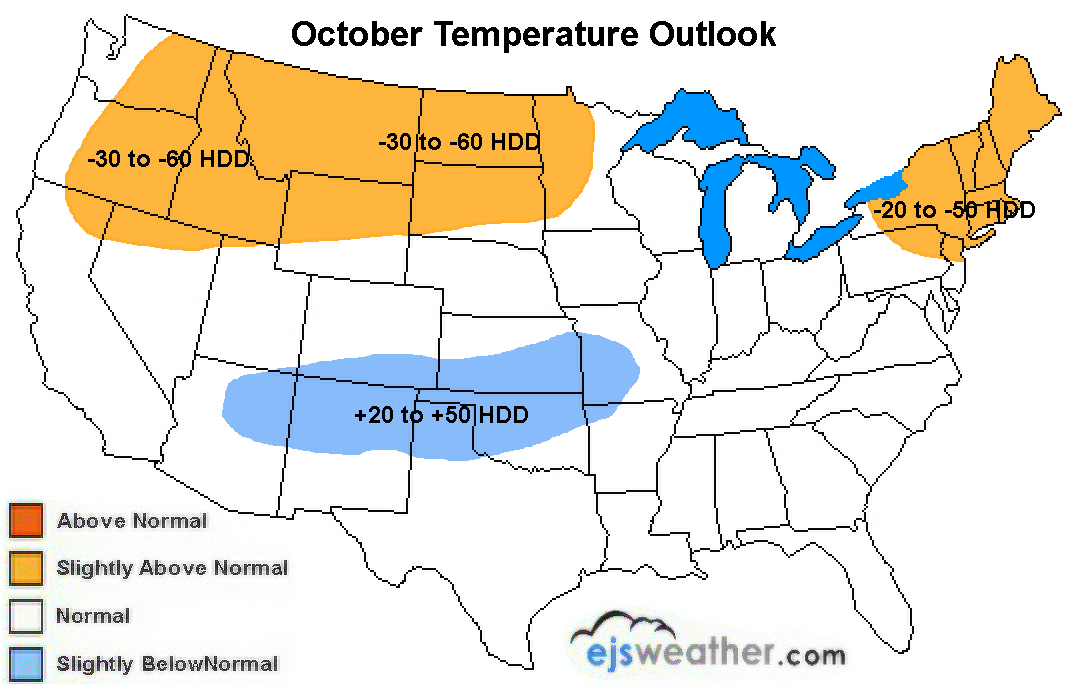 El Nino continues to persist with sea-surface temperatures running warmer than average throughout much of the Equatorial Pacific Ocean. Long-range climate models are currently indicating that there is a 90% chance that this El Nino will remain in place through the upcoming winter and an 85% chance that it will persist into next spring.

Certainly, it appears that this El Nino will have an influence on temperatures and precipitation across the United States during the winter months. As for October, temperatures are forecast to average slightly above normal across portions of the Pacific Northwest, northern Rockies, and northern Plains.

Energy costs with respect to heating could also be less in these parts of the country. In contrast, parts of the southern Rockies and south-central Plains are projected to see a slightly cooler than normal October, which would result in a surplus of heating degree days by between 20 and 50 for the month. Temperatures are forecast to average closer to normal across the Great Lakes, Midwest, Southeast, and Gulf Coast during October.