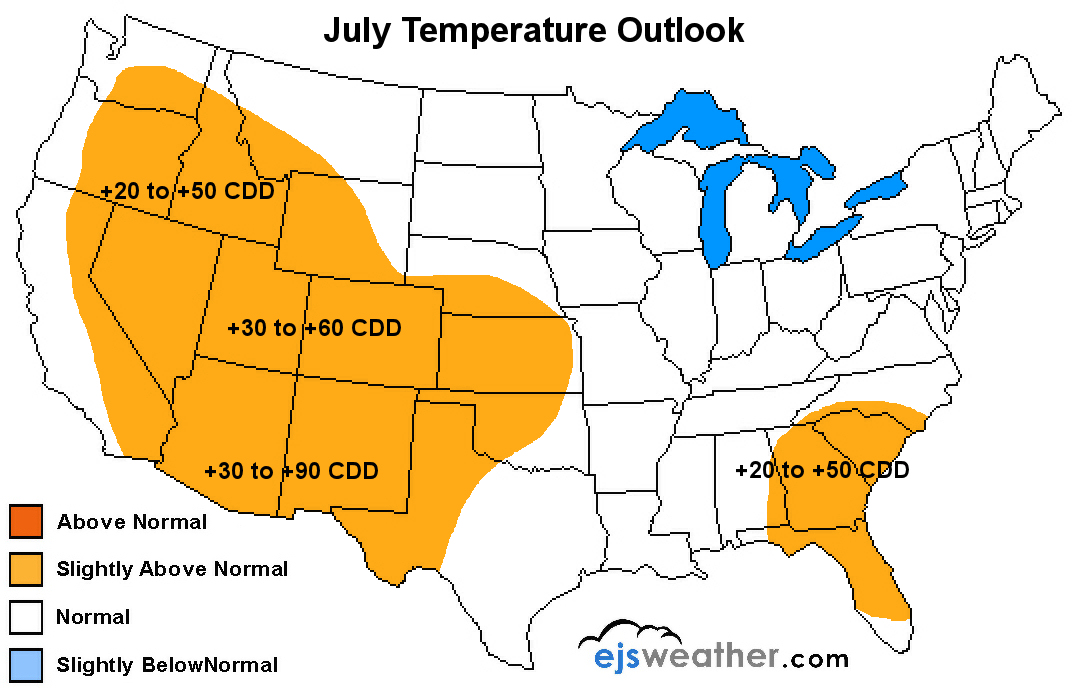 Temperatures are forecast to average at least slightly above normal throughout much of the western United States during the month of July. A surplus of total monthly cooling degree days of between 20 and 90 is expected with the highest amounts likely to be found in parts of the Desert Southwest. Portions of the south-central Rockies, Intermountain West, and Pacific Northwest are also projected to see higher than average cooling degree day totals for July. Parts of the Southeast may also see slightly above normal temperatures in July.

Energy costs with respect to cooling will likely be higher than normal across many of these regions of the country. Temperatures are forecast to average closer to normal across the northern Plains, Great Lakes, Midwest, Mid-Atlantic, and Northeast during the month of July.

Part of the reasoning for this is that the NAO (North Atlantic Oscillation) may become negative again sometime in June and could persist this way into July. A negative NAO typically can lead to periods of cooler air making their way southward out of Canada, which would especially affect the eastern third of the United States. As for the ENSO phase, it is expected to remain neutral throughout the rest of the summer. Sea-surface temperatures across the central and eastern Pacific Ocean are running near to slightly cooler than average.