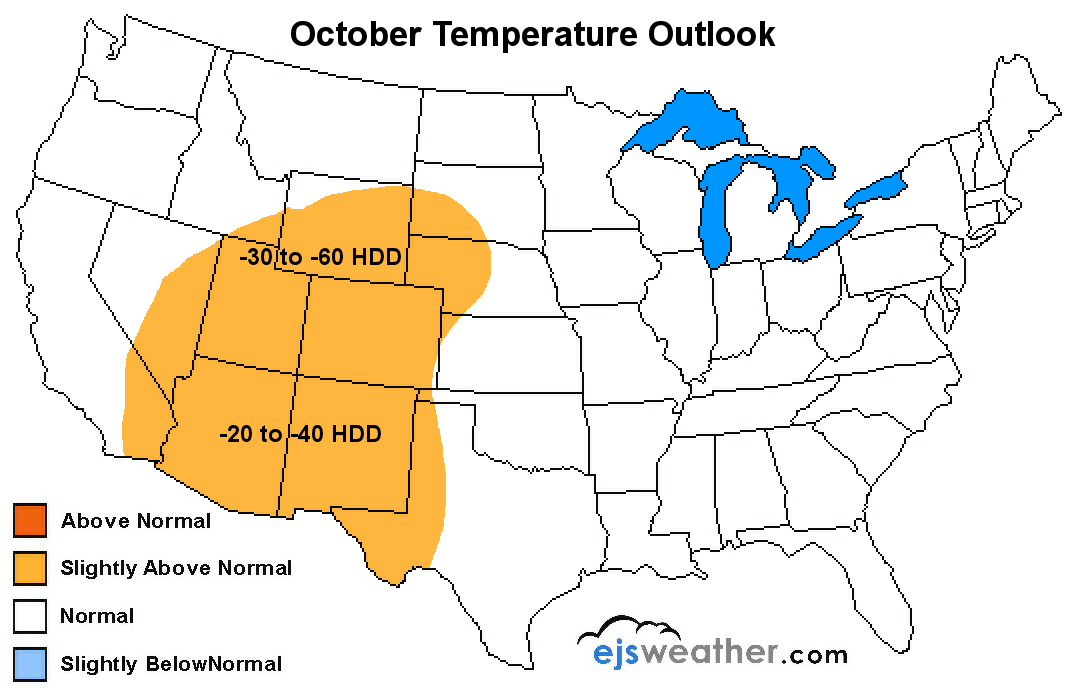 Temperatures during the month of October are forecast to average slightly above normal throughout portions of the Desert Southwest, Intermountain West, and south-central Rockies. As a result, an early-season heating degree day deficit of between 20 and 60 is projected across these regions of the country.

Energy costs with respect to heating will also likely be a little lower during October in these areas. While parts of the eastern United States, particularly portions of the Great Lakes, Midwest, and Northeast, could see slightly below normal temperatures on a whole during October, confidence is not high enough to reflect that on the forecast map.

Overall, it is more likely that much of the eastern half of the United States will see temperatures that average closer to seasonable levels for October. As for the ENSO phase, it remains neutral and is projected to stay this way through the upcoming fall season. It should be noted that sea-surface temperatures across parts of the Equatorial Pacific Ocean have begun to cool slightly during the past month. In fact, sea-surface temperatures are now slightly cooler than average in the eastern Pacific.

This trend will be monitored as it has the potential to be the early signs of a La Nina developing, which could have an influence on temperatures across parts of the United States this winter.