More
Home Executive Insight Warmer Than Normal In Parts of the Southern U.S. In October 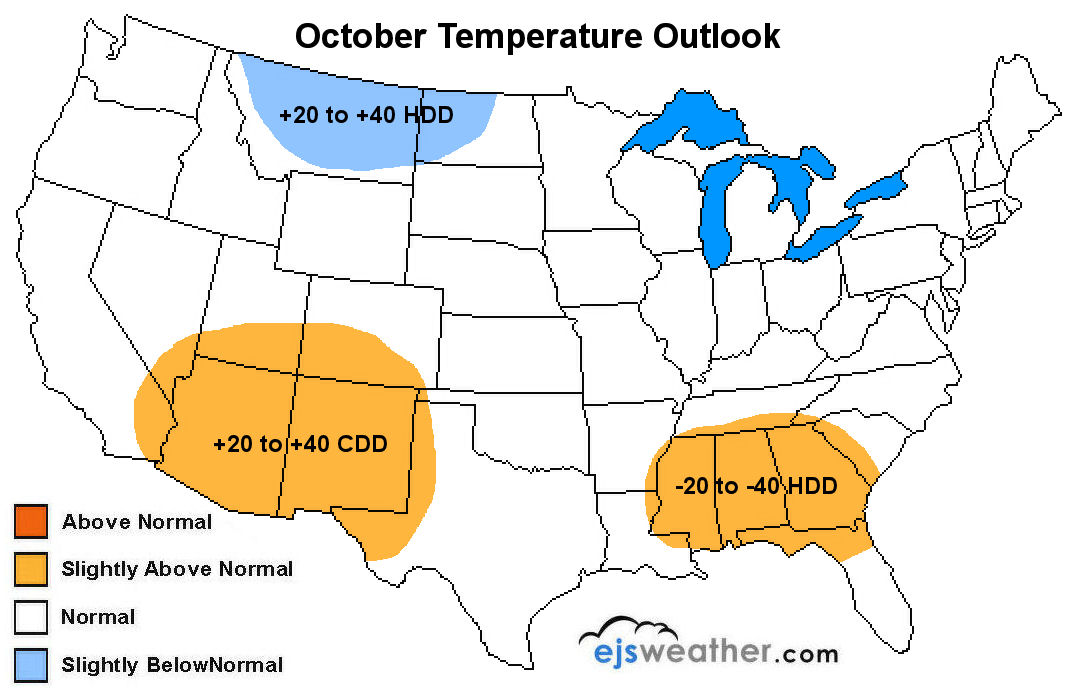 Meanwhile, early-season heating degree days are projected to be lower by between 20 and 40 throughout the Deep South as a result of this predicted October warmth. While parts of the Northeast, Mid-Atlantic, Midwest, and Great Lakes could also see slightly warmer than normal readings in October, it is expected that much of these regions will see temperatures that on a whole average closer to normal for the month of October.

There are some indications that parts of the northern Rockies and northern Plains could see temperatures that average slightly below normal, which would lead to an early-season heating degree day surplus of between 20 and 40 and slightly higher energy costs with respect to heating. As for the ENSO phase in the equatorial Pacific, it remains neutral, but climate models continue to give a 55-60 percent chance that a La Nina will develop during the upcoming fall and winter months. How much this La Nina develops will likely have an impact on winter temperatures and precipitation across parts of the United States.