In 2008, then-Sen. Barack Obama ran for the White House based partly on the premise that he was committed to passing sweeping energy and climate change legislation and moving the nation away from big oil and toward clean, renewable energy that reduced pollution and addressed climate change. 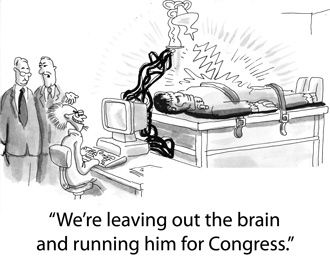 But soon other things, such as an economy in a free fall, the push for economic stimulus and Obama’s decision to stake his office on the passage of “Obamacare,” crowded out legislative efforts to deal with most energy and climate change issues. Despite that environmentalists took heart from the prominence climate change played in the president’s second inaugural address, little has changed between the previous Congress and this one. Everything is subject to a filibuster and thus 60 votes in the Senate, and the House remains largely ungovernable, driven by deep fissures between more centrist Republicans and Tea Party types.

Despite the March 1 budget cuts with the beginning of the sequester, this year’s budget wars only are beginning and might not end for many months. In other words, you ain’t seen nothing yet. Neither side knows how this will end. If anyone tells you he knows, he’s lying.

The fiscal cliff deal the House passed on New Year’s Day gave some short-term wins to the energy industry with energy incentives such as keeping the electric and natural gas industries tax rates on par with capital gains taxes, subsidies to the oil and gas industry and tax incentives for the green energy industry extended through 2013. The temporary extensions, however, make it hard to predict what will happen after 2013. Add to this sequestration cuts and the possibility of larger tax reform negotiations later in the year with a potentially negative affect on the energy industry, and it might be a choppy, bumpy ride for some.

For now, we are operating under the sequester’s across-the-board spending cuts in defense and nondefense government programs. No one on Capitol Hill or the White House has any idea how things will play out or whether a crisis can be averted. As for energy, the sequester could affect offshore oil and gas permitting in the Gulf of Mexico, require production delays on nearly 300 oil and gas leases in public land and impact dozens of large-scale solar, wind and geothermal projects.

On March 27 the government runs out of money, but as this is written, both sides seem to agree that will not happen. After all, kicking the can down the road is often the easiest way to go.

Then, assuming we survive this March madness and there is no consensus among parties, the White House and the Hill will find themselves in July where they were two years ago: fighting over short- and long-term budget measures to raise the federal debt limit one more time.

Add that Congress is prepared to act quickly this year on immigration and gun control, along with the possibility of full-scale comprehensive tax reform, important to the energy industry that it may be, and it is difficult to imagine much getting done legislatively on energy and the environment. The clock already is ticking on Obama’s second term. At best, the president will have two years before the next presidential campaign begins, but the way things are going, the window for action will be much less.

One tiny hope involves the Senate Energy and Natural Resources Committee, where Chairman Ron Wyden, who is always striving for consensus, and his ranking member Lisa Murkowski have developed a strong, friendly relationship. But again, in a Senate where 60 votes are required to pass all but the most noncontroversial legislation and with a House incapable of legislating in a bipartisan manner, they will have little room to maneuver. One possibility is energy efficiency legislation, which would require stricter building standards and provide financing for efficiency improvements.

But Obama doesn’t need Congress. The president and his staff understand Congress is mired in partisanship. I have been assured repeatedly by the White House in private conversations that the president will issue executive orders on a range of policies, including those relating to energy, many of which he sat on during the 2012 campaign. And with the nomination of Gina McCarthy to run the Environmental Protection Agency (EPA) and Ernest Moniz to run the Department of Energy (DOE), Washington is prepared for a series of actions that do not require Congressional approval. If confirmed–McCarthy’s nomination is expected to be a battle similar to that of Chuck Hagel–both are expected to use their regulatory authority extensively. They will be pressed to invoke the EPA’s authority under the Clean Air Act to limit pollution from stationary standards (new source pollution standards), deal with fracking and improve energy efficiency.

And many people, including myself, expect the president to approve the XL pipeline.

The administration also might open more federal waters to offshore drilling while the DOE will decide in the next year whether to allow U.S. energy companies to export natural gas. Both could serve as bargaining chips in a broader deal over energy policy.

The Federal Energy Regulatory Commission’s (FERC’s) role in regulating electricity has changed since its inception, especially during the past two decades.

When created in 1935, FERC was charged to ensure regulated utilities provided U.S. customers with reliable electricity at a fair and reasonable rate. Under the Energy Policy Act of 1992 and then the creation of FERC Orders 888 and 889 in 1996, FERC’s role changed and allowed it to adapt to U.S. electricity market competition. Order 888 requires transmission line owners to allow outside companies that do not own transmission lines to rent space on the lines so they can transmit electricity through them. This policy, known as Open Access, made FERC responsible for policing transmission line owners to ensure they charge competitors the same rate, or tariff, to use the lines as they charge other entities. Order 889 prohibits utilities from sharing market information in any way that prevents potential competitors from accessing this information.

As a result, in an attempt to keep market participants–electricity traders–honest and regain the public’s trust, Congress gave FERC authority in 2005 to impose large penalties–$1 million per violation per day–on any company found guilty of market manipulation, said Marc Spitzer, former FERC commissioner and a partner in international law firm Steptoe & Johnson LLP. Spitzer works from the Washington, D.C., and Phoenix offices, where he is a member of the regulatory and industry affairs department.

FERC’s market manipulation rule was adopted a year later and is the basis for several large, complex cases that involve financial institutions, including Barclays, Deutsche Bank and J.P. Morgan.

“FERC no longer oversees only regulated utilities,” Spitzer said. “In many of the cases that stem from this rule, the transmission line owners are not involved in the transactions. FERC took on a role similar to the SEC’s (Security and Exchange Commission’s) role and is working on cases where participants often are not utilities but large financial institutions involved in very complex market transactions. The participants are arguing over thousands and thousands of transactions.”

As its role has changed from only regulating power delivery to overseeing some of the world’s largest financial institutes, FERC has expanded its expertise by creating an enforcement office and hiring new people.

“It took a while for FERC to ramp up for its new responsibilities, but it is now fully staffed with people who are prepared to take on these cases,” Spitzer said. 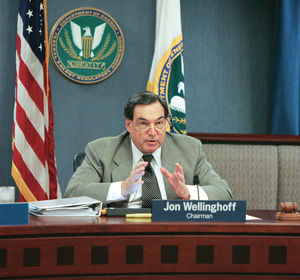 Some have said FERC has been inventing market manipulation cases or targeting particular market participants, but Spitzer thinks otherwise.

“Most of the cases were brought to FERC by market monitors,” he said.

FERC continues to ensure Americans receive reliable electricity at reasonable rates, but it also takes seriously the jobs Congress has given it during the past two decades: to ensure electricity markets are transparent and market manipulation does not occur.