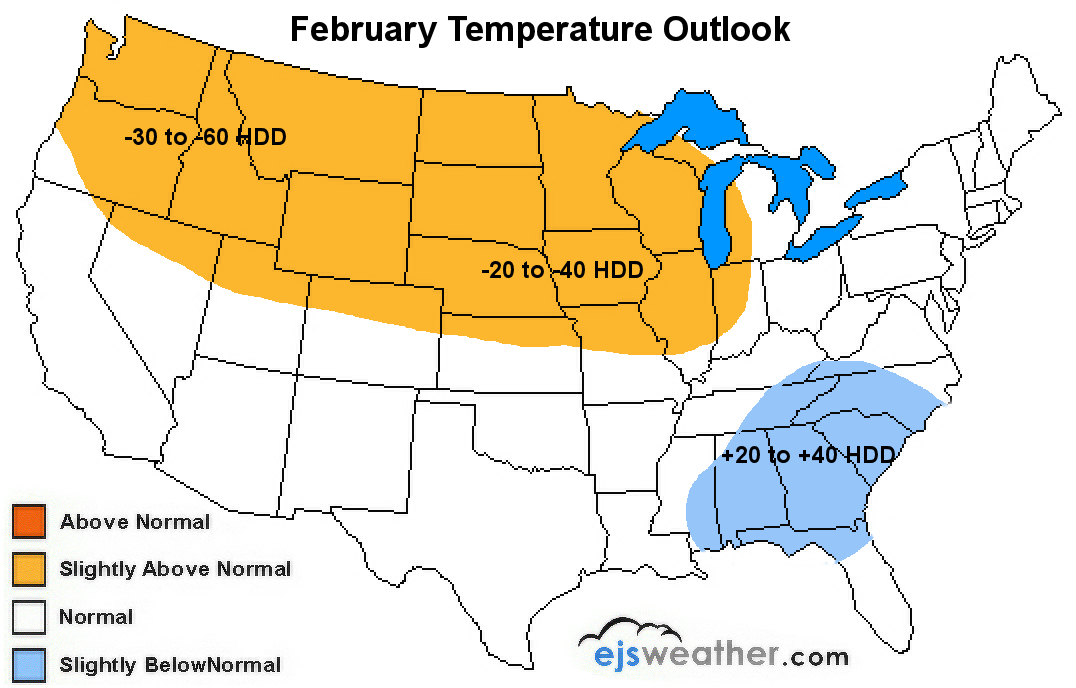 Sea-surface temperatures remain slightly warmer than average throughout much of the Equatorial Pacific Ocean, which indicates that a weak El Nino phase continues to become established.

With that being the case, slightly above normal temperatures are forecast across portions of the Pacific Northwest, northern Plains, north-central Rockies, Midwest, and western Great Lakes during the month of February. A deficit of total monthly heating degree days of between 20 and 60 is projected across these areas of the United States in February.

Energy costs with respect to heating may also be slightly lower than average throughout these regions. In contrast, parts of the southeastern United States are predicted to see temperatures that on a whole average slightly below normal due to a possible wetter and more active weather pattern across the southern U.S. that is a result of an El Nino phase.

A surplus of monthly heating degree days of between 20 and 40 is projected across this region of the country during the month of February. More near normal temperatures are forecast throughout the Northeast, Mid-Atlantic, southern Plains, southern Rockies, and Desert Southwest during February.