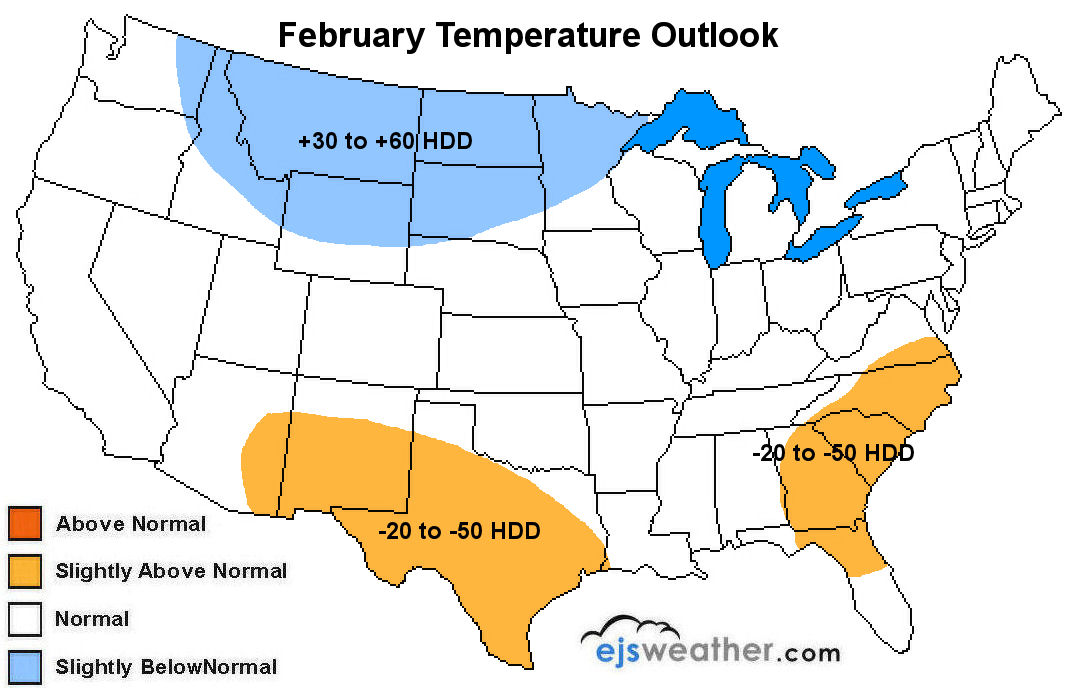 The weak La Nina phase that has been in place across the Equatorial Pacific Ocean over the past few months is beginning to show some signs of weakening as sea-surface temperatures are warming slightly. The latest long-range climate models indicate that this La Nina phase will transition to a more neutral phase during the next couple of months.

A possible further transition back to an El Nino phase is not out of the question come late spring into summer, but that will have to be monitored. As for the temperature outlook for the month of February, slightly above normal conditions are forecast for portions of the southern Rockies and Texas as well as across parts of the Southeast. These regions will likely see a monthly heating degree day deficit of between 20 and 50 along with energy costs with respect to heating that are somewhat lower than average.

On the flip side, occasional periods of arctic air are expected to make their way southward into parts of the United States during February. Slightly below normal temperatures are projected throughout parts of the northern Rockies, northern Plains, and upper Midwest with a monthly heating degree day surplus of between 30 and 60 expected. Temperatures will average closer to normal across the Northeast, Mid-Atlantic, Midwest, Great Lakes, and central Plains.