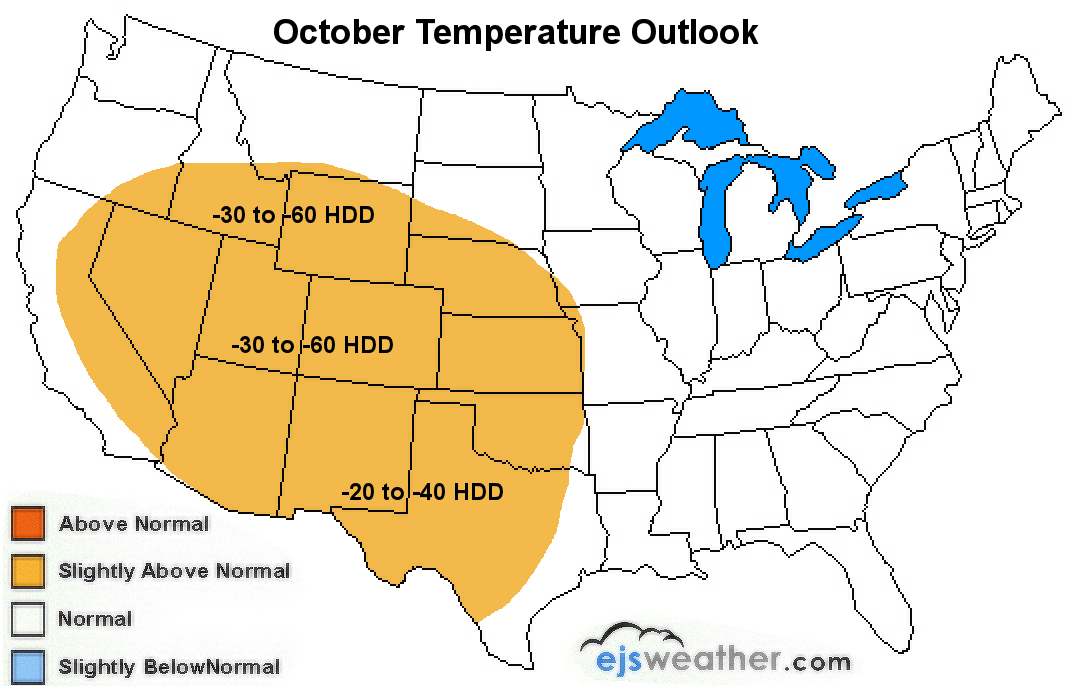 Sea-surface temperatures across the central and eastern parts of the Equatorial Pacific Ocean continue to run slightly cooler than average. This trend suggests that the neutral ENSO phase is likely transitioning into at least a weak La Nina. The latest climate models indicate a 60% chance of a La Nina developing this fall and a 55% chance of this La Nina persisting into the upcoming winter season.

As for the October temperature outlook, slightly above normal temperatures are forecast across portions of the Intermountain West, Desert Southwest, central and southern Rockies, and central and southern Plains. Early season heating degree day totals are projected to be lower than average by between 20 and 60 throughout these regions of the country. Also, early season heating costs may be slightly less across these areas.

Farther east, temperatures are predicted to average on a whole closer to normal during the month of October. The weak La Nina would typically favor warmer conditions across parts of the Great Lakes and Northeast during October. However, there are some indications that the NAO (North Atlantic Oscillation) may remain negative, which could lead to some periods of cooler air coming down out of Canada, which would then offset this warmer scenario.