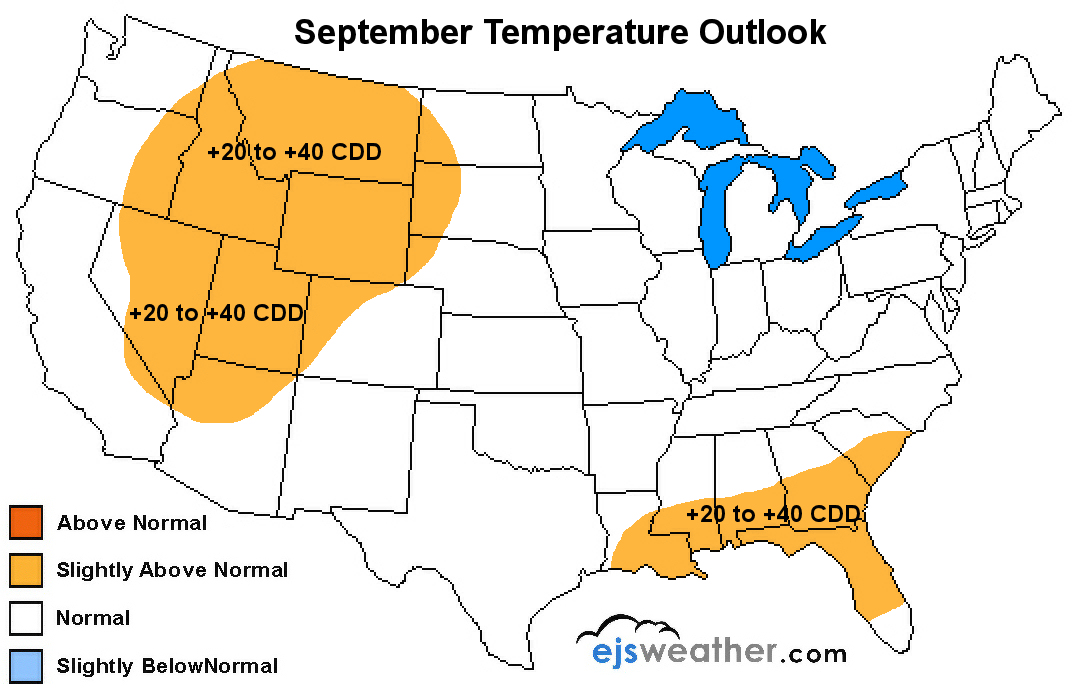 Sea-surface temperatures across the Equatorial Pacific Ocean have not changed much during the past month and remain near to slightly warmer than average across most parts.

The latest long-range climate models indicate that the current neutral phase has around a 55 percent chance of persisting through the upcoming fall and winter months. The chance of an El Nino developing over the next few months is down to 30-35 percent. These trends will be monitored as they will likely have an impact on what kind of winter parts of the United States can expect temperature wise.

As for the September temperature outlook, slightly above normal conditions are forecast across portions of the northern Rockies and Intermountain West as well as throughout parts of the Southeast and Gulf Coast. The regions of the country are expected to see a surplus of late season cooling degree days by between 20 and 40 during the month of September. Much of the Plains, Midwest, Great Lakes, Northeast, and Mid-Atlantic will see temperatures that on a whole average closer to normal.

It should be noted that if the NAO (North Atlantic Oscillation) remains negative over the next month, this could lead to cooler than normal periods across parts of the eastern third of the United States in September. Due to the uncertainty of this scenario, it was not factored into the overall September temperature outlook.