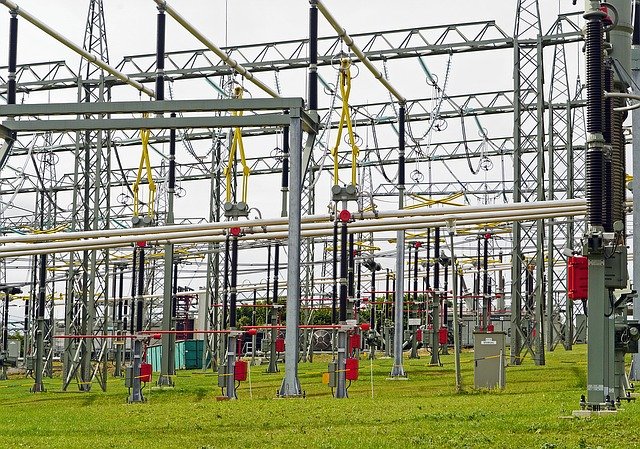 Aging substations across the U.S. are buckling under the pressure of an evolving energy landscape. Here’s how utilities can position for future operations.

Today’s ubiquitous connectivity is a boon for the technological leaps and cutting-edge feats that comprise our daily lives. Well into the Information Age, we’re effectively plugged in from when we wake to when we sleep–on our phones, at home, on the road and everywhere in between.

Constant connectivity comes with costs, though. The insatiable demand for power, whether for smart phones or for cars, creates an unsustainable burden on the U.S. electric grid. The proliferating Internet of Things adds yet more devices drawing more power, while we simultaneously incorporate more new energy sources, including solar and wind, that are less steady than the rotating masses that generated electricity for the stable grid of a previous era.

These developments are unfolding quickly, and they’re doing so against a backdrop of evolving threats to functionality and performance. Some of those threats are malicious, while others are borne out of increasingly severe weather events, including hurricanes, wildfires and extreme temperatures.

The combination of growing power demand, malicious threats aimed at disruption, and the complexity of the nation’s aging electric grid demonstrates the clear and urgent need for major upgrades. Moreover, we need solutions that solve not just today’s problems, but those we anticipate for tomorrow–and even those we can’t. The solutions we implement now must be smart, agile, flexible, resilient and robust.

The challenges we face in powering an uncertain but high-demand future may seem like an overwhelming problem to solve, but we have to start somewhere. Enter the thousands of electrical substations located across the county–many in remote locales.

As the “crossroads” of the country’s energy grids, substations connect power supply to users. They’re also at the center of a tug-of-war between supply and demand as a growing mix of traditional power sources and renewables disrupt energy flow. This is only becoming more pronounced as large-scale renewable generation gains momentum alongside a rapidly growing fleet of electric transportation. Digital commerce creates yet another major demand for power as hungry data centers sprout up across the country.

These competing demands mean that even if the breeze dies down on the wind farm or it’s a cloudy week at the solar field, the power still must flow–and shoring up shortages in one area must be instantaneous and, ideally, automated. That’s where substation modernization–specifically, virtualization–is key in preventing outages.

As it turns out, it also offers significant cost savings.

“There has to be active grid management–and it needs to happen at the edge within seconds. You cannot afford the time it takes to bring data into the data center for analysis or to the distribution control center to process and send back,” said Prithpal Khajuria, global segment market leader for Intel’s power sector.

“If you switch to virtualization, you standardize rugged hardware, you have a centralized management system and that’s it–everything else becomes software applications. So you save on capital costs and operational costs. In fact, we found a 70% cost reduction in operation and maintenance costs,” Khajuria added.

Today, the varying, aging substations that are “connected” use high-latency, low-speed links, which means many utilities aren’t performing requisite IT security maintenance, such as software patching. In many cases, maintenance is just too costly, especially for remote substations that require extensive support and equipment hauled across long distances.

However, a virtualized, centrally managed system enables remote maintenance and upgrades. Equipped to execute automation and AI algorithms, virtualization delivers real-time operation, situational awareness and decision making within the system. This bolsters IT and cybersecurity while rendering systems more robust, resilient and easier to use for the longer term. It’s a transformation that benefits utilities and provides consumers with consistent availability–even amid the increasing burdens on the grid.

It all sounds great–so what’s the holdup? For utilities that can’t afford even a second of unnecessary downtime, there’s significant pressure to maintain grid reliability. That means if what worked yesterday, last week and last month is still working, there’s little impetus to move to a wholesale adoption of technology that is, for utilities and operational technology managers, all new and unproven.

“It’s a big unknown for them, so we have to prove that it works…it makes the system more reliable, and it’s easier and less costly to maintain,” Khajuria said. He added that Intel works with utilities to create reference architectures in the lab, then pilots the technology for hands-on learning by finding and fixing issues, building awareness, capturing data for analysis and, ultimately, giving utilities the confidence to make these big changes.

For many utilities, buying into such a dramatic change in decades-old operations requires this campaign of education and awareness. Armed with an understanding of how the technology works and the benefits that can be delivered, decision-makers and operators alike are better prepared to move forward and reach a point of resolution in modernizing substations–and, more broadly, the U.S. energy grid.

Not everyone will have the luxury of time, though.

Grid modernization is becoming more high-profile, including being singled out as a priority for the Biden administration. In California, new homes already are required to have solar panels, and state law requires that 100% of electricity generated will need to come from renewable sources by 2045. This will require substations to be able to incorporate and manage more distributed resources. Likewise, the recent cold-weather blackouts in Texas only add to escalating worries about imminent weather-related effects on energy access–and underscore the need for rugged, modernized infrastructure, including hardened substations.

As electric vehicles gain popularity on the roadways and aging infrastructure becomes more costly to operate–and unable to withstand the shifting flows of business, electricity and security threats–expect the need for substation “makeovers” that digitize and automate to become more dire. And for all these grid updates to achieve adoption, rate case modernization is yet another requirement.

Can this be anything other than a tipping point? Experts caution against waiting to find out, and utilities are forging partnerships aimed at catalyzing modernization. As demand grows as quickly as threats, it’s more critical than ever to adopt virtualization, ruggedization and technological transformation as the new way forward.

Chad Hutchinson is Director of Engineering at Crystal Group, where he leads the project management, design, prototype construction, qualification and testing of ruggedized commercial-off-the-shelf electronics and custom electrical/electronic components. Prior to Crystal Group, Chad spent 19 years in the commercial and military nuclear industries as a reactor operator, maintenance technician, system engineer and design manager. This included serving as an engineering supervisor at Duane Arnold Energy Center as well as lead electrical systems engineer and project manager at NAVSEA-08K/Naval Reactors while on active duty in the U.S. Navy. In August 2018, he retired as a Commander after 26 years of service.