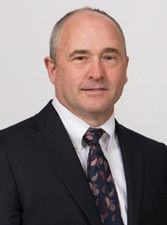 By the time you read this, our election for the 45th president of the United States will be over. Let us pray that is so.

Barring an electoral trauma that would make Bush v. Gore look like a playground scuffle, we’ll have our president and imagining what life will be like under her or his leadership come January. With the new president also comes renewed hope and fears about the future. The power grid industry is no different, wondering what good or ill a new president and Congress will bring it.

NEMA, long known as the National Electrical Manufacturers Association, took the proactive step of sending an open letter even before the election was decided. Addressed to the coming 45th president and 115th Congress, NEMA brought up concerns over issues such as energy efficiency, grid reliability and how to meet demand with this uncertain mix of coal, gas and renewable generation sources.

“Since most electric utilities are regulated by public utility commissions or similar bodies, government should craft incentives that allow them to reap the benefits of making the necessary modernization investments to keep pace with a fast-evolving grid,” the letter reads.

Beyond NEMA’s letter, the POWERGRID world wonders what will happen with the Clean Power Plan once it winds its inevitable way through the U.S. Supreme Court. And although it gets far less attention, what about the North American Energy Security and Infrastructure Act?

But that’s tomorrow and, as the Bible tells us, today has enough worries of its own. The fast-moving business world certainly tells us we can’t dwell on yesterday. But I beg to differ. Sometimes it’s helpful to appreciate (or regret) what just passed and how it can lead us in the future.

Little more than a month ago, Atlantic Seaboard utilities such as Florida Power & Light, Georgia Power, Duke Energy and Dominion Resources did yeoman’s work in responding to Hurricane Matthew (see story on Page 6). Despite massive damage and widespread flooding, most customers had their power back on within a week.

So yes, America, we have a lot to think about concerning our leaders and our electrical infrastructure in the years ahead. But sometimes today is just enough. And every now and then we take a moment and celebrate yesterday, knowing there are always storms to come.