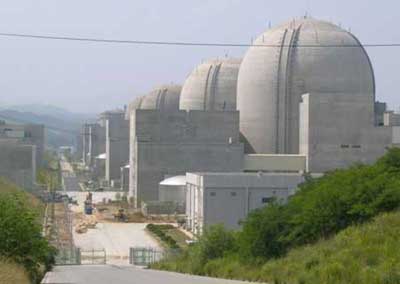 Three South Korean workers died Friday after apparently inhaling toxic gas at a construction site for a nuclear plant being built by South Korea’s monopoly nuclear power company, which has come under recent threats by hackers, a company official said.

The accident at the construction site in the southeastern city of Ulsan came as the state-run Korea Hydro and Nuclear Power Co. was on high alert over a series of threats by hackers who claim they can disable the control systems of its plants. Choi Hee-ye, a company spokeswoman, said there was no reason to believe that Friday’s accident was linked to the cyberattack threats.

The victims were working at the construction site when they fell unconscious and were taken to a hospital, where they later died, Choi said.

The company has yet to determine the cause of the accident, although the leaking of nitrogen was suspected, she said.

Nitrogen is used at nuclear plants to reduce the oxygen levels in the cooling water to slow the oxidation of the equipment or to control pressure levels in tanks, according to Kim Sang-gyeong, a Korea Hydro spokesman. Kim couldn’t confirm whether the plant under construction, which was undergoing test runs, was using nitrogen in such ways.

Construction of the plant is scheduled to be completed in June.

Last week, documents including layouts of nuclear facilities and personal information of nuclear workers were published online. Local media said the unidentified people who posted images of the stolen nuclear documents imprinted with “WHO AM I?” on a South Korean blog were hackers. The company said that the safety of the country’s nuclear power plants was not affected.

Korea Hydro ran drills on Monday and Tuesday to prepare workers in the event of hacking attacks.