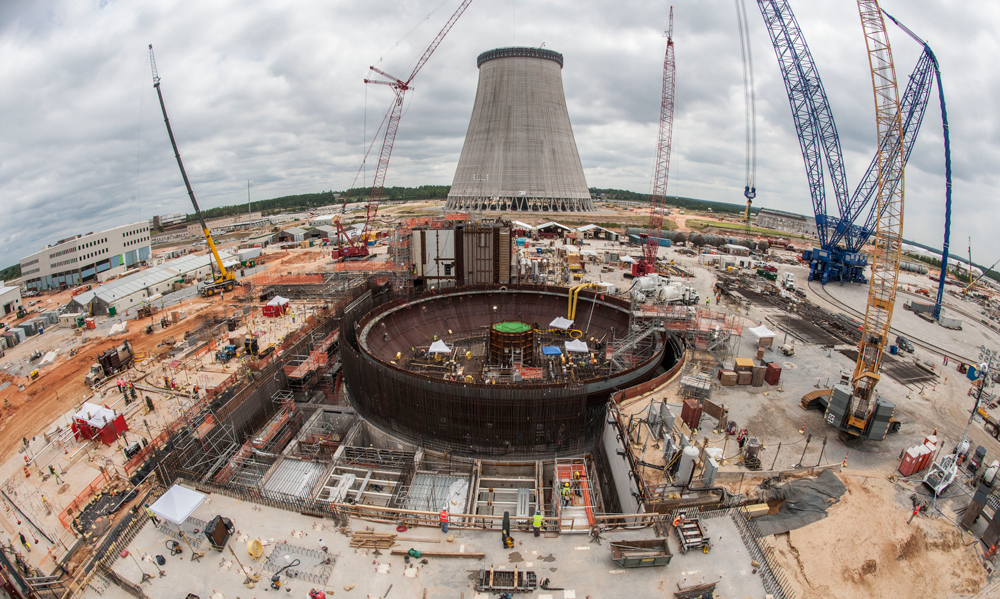 Construction progress continued this week at the Vogtle nuclear power plant expansion site near Waynesboro, Georgia with the placement of nearly 1,300 cubic yards of concrete inside the Unit 4 containment vessel.

The continuous placement lasted 21 hours, and involved more than 100 workers and more than 120 truckloads of concrete.

Progress continues at Georgia Power‘s Vogtle nuclear expansion site with the placement of nearly 1,300 cubic yards of concrete inside the Unit 4 containment vessel.

In 2017, more than 57,000 cubic yards of concrete have been placed for the Vogtle project, bringing the project’s total to about 545,000 cubic yards, enough concrete to build a sidewalk from Miami to Seattle.

Georgia Power announced on Dec. 21 that it will move forward with the Vogtle 3 & 4 project following unanimous approval by the Georgia Public Service Commission (PSC).

The decision by the Georgia PSC followed months of review and evaluation of a unified recommendation presented on August 31 by the Vogtle co-owners. The recommendation was based on the results of a comprehensive schedule, cost-to-complete and cancellation assessment that was prompted by the bankruptcy of former primary Vogtle contractor Westinghouse in March and the subsequent rejection of the fixed-price contract. The decision continues to protect customers with new penalties for delays and cost increases in addition to penalties included in the previous stipulated agreement approved earlier this year by the Georgia PSC. Under this amended structure, shareholders will see a significant impact of approximately $750 million through November 2022 and the company has agreed to further reductions if the project does not meet the revised and approved in-service dates. Additionally, as a result, the amount paid by customers will be reduced by more than $1.7 billion during the construction period.