The Minnesota Court of Appeals on Nov. 3 rejected an environmental group appeal of a decision by the Minnesota Public Utilities Commission to approve new air emissions controls for the coal-fired Boswell Unit 4 under the state’s Mercury Emissions Reduction Act (MERA).

The plaintiffs, including the Sierra Club, tried to argue that shutting down the unit and replacing it with new natural gas-fired capacity, not air emissions controls, was the best way to comply with the act, according to GenerationHub. 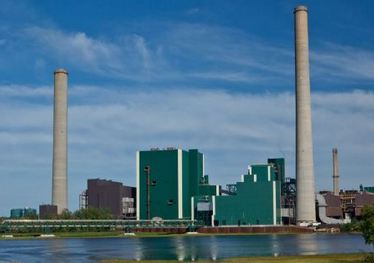 The air controls, proposed by Minnesota Power in 2012, had been signed off on by the Minnesota Pollution Control Agency (MPCA) during the commission’s review process.

“In short, the plain language of MERA indicates that the legislature intended to regulate, not replace, coal-fired power plants,” said the court ruling.

“Replacing a coal-fired plant with a facility that uses a cleaner fuel source might be a viable pollution-control measure,” the court added. “But it is an alternative to regulation under MERA, not an “Ëœoption’ in a mercury-emissions-reduction plan that the MPCA is required to evaluate. Accordingly, we conclude that the MPCA did not violate its statutory duty under section 216B.684 by declining to substantively assess the prospect of retiring and replacing Boswell 4 with a natural-gas facility.”

The court noted that under MERA, the MPUC’s authority to do anything other than approve a utility’s preferred plan is limited.