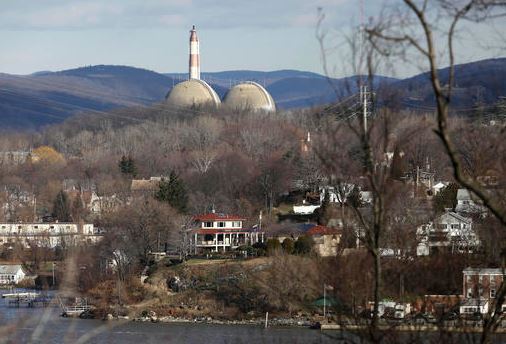 Entergy confirmed early Jan. 9 that it has indeed reached an agreement with New York State to retire Indian Point Units 2 and 3 during the 2020-to-2021 time period.

The “early and orderly” shutdown is part of a settlement under which New York State has agreed to drop legal challenges and support renewal of the operating licenses for Indian Point, located in the village of Buchanan in northern Westchester County.

The New York Times had reported Jan. 6 that a deal was in the works between Entergy and the administration of New York Gov. Andrew Cuomo (D) to retire the nuclear units, located outside of New York City. The executive in Westchester County, where the plant is located, had blasted news of a proposed shutdown, saying that the county has not had a voice in the process.

The units together generate about 2,000 MW of nuclear power. The units also employ about 1,000 people in Westchester County.

The shutdown will complete Entergy’s exit from its merchant power business because of sustained low wholesale energy prices, the company noted in a Jan. 9 news release.

Entergy has retired (Vermont Yankee), sold (Fitzpatrick), or announced retirement plans for (Palisades, Pilgrim, and now Indian Point 2 and 3) facilities that comprise its merchant nuclear fleet in the Northeast and Midwest. On the nuclear front, the moves will leave Entergy only with its regulated utility nuclear fleet in the South.

“We are committed to treating our employees fairly and will help those interested in other opportunities to relocate within the Entergy system,” said Entergy Chairman and CEO Leo Denault.

“Since purchasing the plants 15 years ago, we have invested more than $1.3 billion in safety and reliability improvements,” Denault said. “The plants have delivered hundreds of millions of MW hours of virtually emissions-free power to the Hudson Valley and New York City safely.”

“Key considerations in our decision to shut down Indian Point ahead of schedule include sustained low current and projected wholesale energy prices that have reduced revenues, as well as increased operating costs,” Mohl said.

“In addition, we foresee continuing costs for license renewal beyond the more than $200 million and 10 years we have already invested,” said Mohl.

“Record low gas prices, due primarily to supply from the Marcellus Shale formation, have driven down power prices by about 45 percent, or by about $36 per MWh, over the last ten years, to a record low of $28 per MWh,” Mohl said.

A $10 per MWh drop in power prices reduces annual revenues by about $160m for nuclear power plants such as Indian Point, Mohl added.

Unit 2 has been online for 187 days continuously and Unit 3 for 390 days continuously. Under Entergy’s ownership, Indian Point’s reliability has increased significantly – to a capacity factor1 of greater than 90 percent from about 60 percent under prior owners, Entergy said.

Indian Point has been safely generating power for New York since 1962 – first by the now-retired Unit 1 until 1974, then Units 2 and 3.

Entergy is expected to discuss additional details of the closure plans in news conference later Jan. 9.

“-Agreement by Entergy to provide $15m as part of its continued commitment to community stakeholders and environmental stewardship; and Various inspections of Indian Point conducted by Entergy and New York State, supplemental to NRC inspections.

“-As a result of its agreement to shut down Indian Point Units 2 and 3, Entergy will recognize a non-cash impairment charge of about $2.4bn pre-tax and $1.5bn after-tax in the fourth quarter of 2016. In addition to the impairment charge, through the end of 2021 Entergy expects to record additional charges totaling about $180m related to severance and employee retention costs.